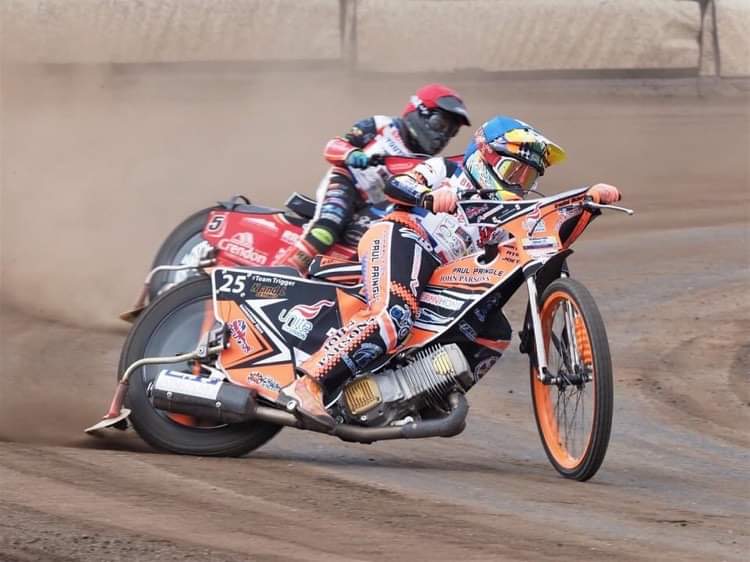 A 15 year old schoolboy from Plympton in Devon is hoping to build upon his success as a motorbike racer this year and his endeavours are set to benefit from a donation the Community Champions scheme.

Lee Trigger, Ben’s father, explains: “Last season Ben moved from racing a 125cc speedway bike up to a 500cc and he has adapted to this big change extremely well.  He entered the British youth 500cc championship and won all six rounds that were held at Belle Vue Manchester, Scunthorpe, Redcar, Edinburgh, Leicester and Plymouth.

“Ben has also been signed up by the Leicester Lion Cubs to ride in the National Development League where he progressed from starting as reserve to moving up into the main body of the team after competing in just four race meetings and has impressively held his own racing at this higher level.

“He also competes in amateur speedway meetings and claimed the top spot in last year’s Scunthorpe summer series. His ambition is to reach a higher level and to try and secure a Championship League team birth when he’s eligible from his 16th birthday in May this year.

“As most people know, any kind of motor sport is not cheap, but Ben has a real talent and while we do a lot of our own fundraising to support him, we turned to Persimmon Homes’ Community Champions to ask for their financial help too. We are very grateful for the donation which will be invested in better equipment and this will improve his chances of more success in 2022.”

Jane Cartwright, sales director for Cornwall, added: “We are absolutely delighted to be helping Ben as he moves up the ladder in the world of motorcycle racing. We hope to see him ‘flying the flag’ for Cornwall and the South West and achieving even more success in 2022.”