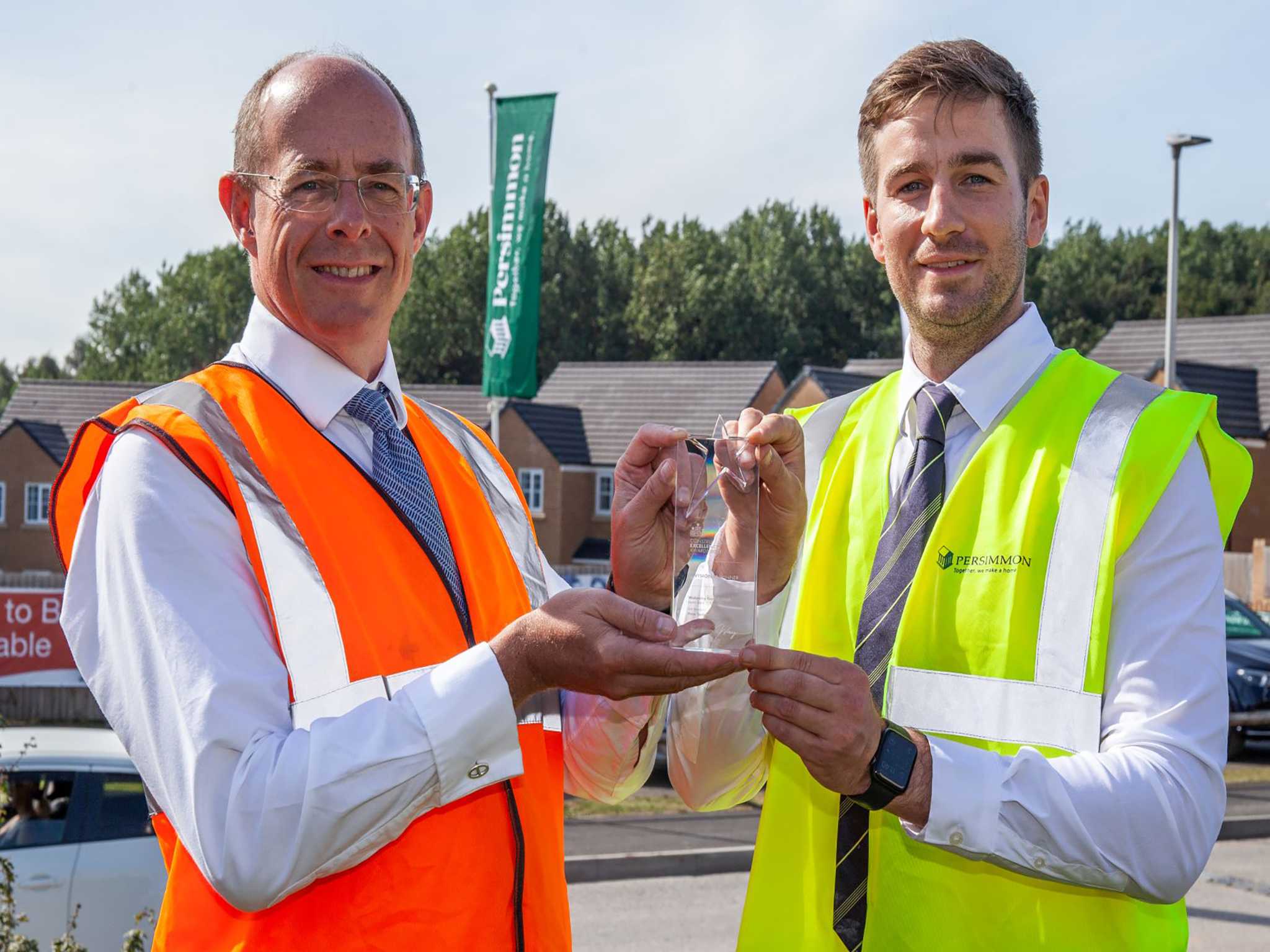 A site manager from Bolton is one of just five to be recognised as divisional winner in our national construction excellence awards scheme.

Peter Teehan, site manager at Walmsley Park in Leigh, was initially one of the 31 nominees across England, Scotland and Wales long-listed in the inaugural Persimmon Homes Construction Excellence Awards.

This week Peter was named top of the North Division and will now go forward to compete for the overall Gold, Silver and Bronze awards to be announced in the winter.

Peter received his trophy from Persimmon Group chief executive Dean Finch in front of colleagues and directors and was quick to share the award with the entire site team.

“As site manager I am only as good as the team around me,” said Peter. “It’s a collective effort, with everyone from trades to management all having to play their part.”

After starting as an apprentice joiner, Peter furthered his career with a move to Bolton College where he completed an HNC in Construction and the Built Environment. The 31-year-old from Bolton first joined Persimmon North West as an assistant site manager in 2016, re-joining the company as site manager three years ago.

He added: “It was a really nice surprise to hear that I’ve been named Divisional winner – I didn’t expect to go any further than the regionals. Walmsley Park is quite a fast-paced build but we have worked hard as a team to keep standards high. I’m chuffed, divisional winner is quite an achievement – it was a really nice surprise when I heard the news.”

Group construction director Andrew Fuller said: “Over the past two years we have undergone a comprehensive review of operations, resulting in the introduction of ‘The Persimmon Way’ – a national framework for construction and customer care quality which is transforming the business.

“The Construction Excellence Awards will identify those site teams that have embraced The Persimmon Way and demonstrated initiative and outstanding management skills, encouraging everyone involved on their development to excel.” 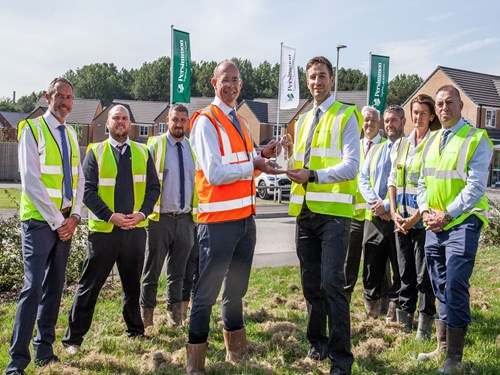