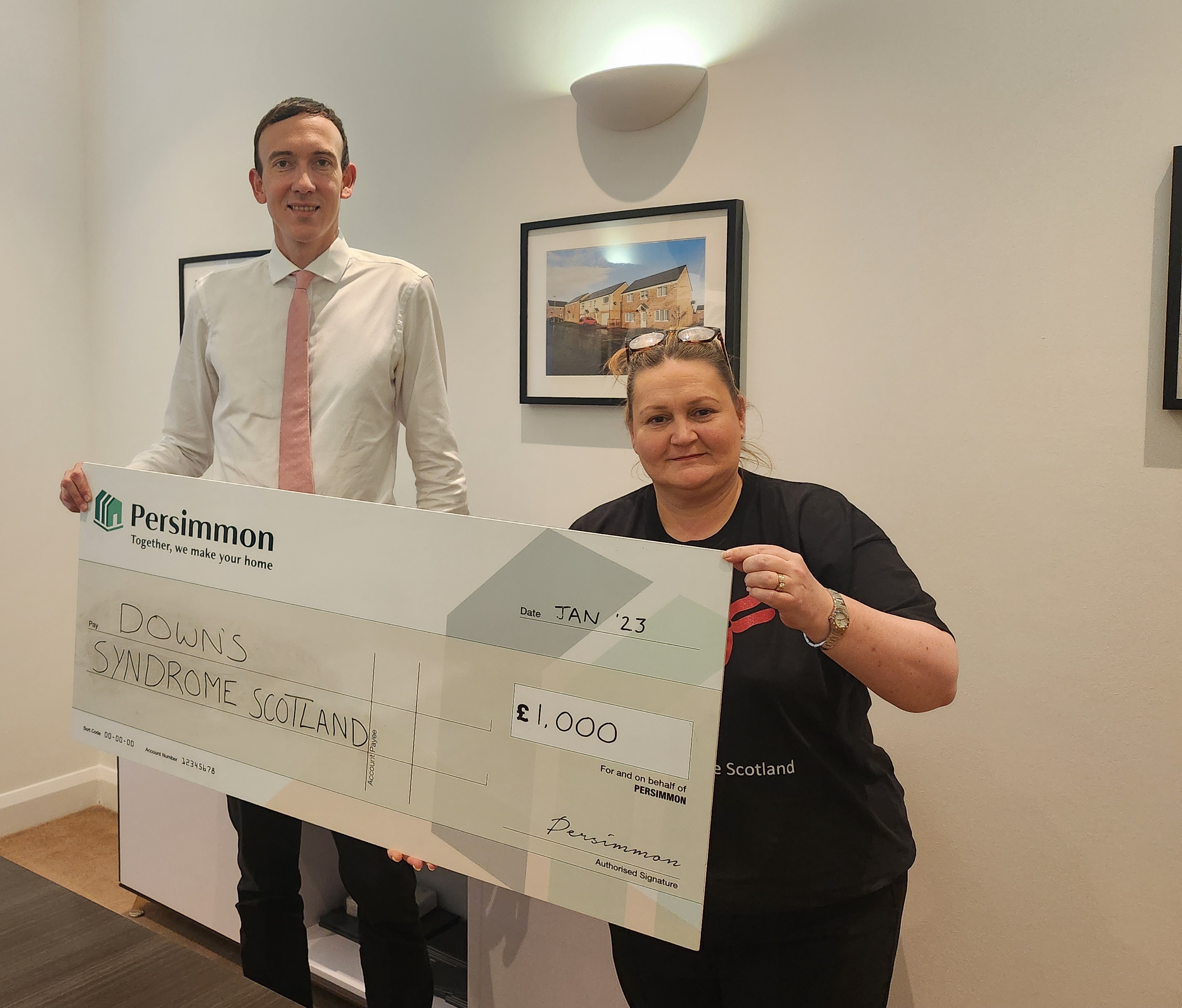 A charity operating across Scotland to support people with Down’s syndrome has been given a New Year funding boost from our West Scotland region.

Down’s Syndrome Scotland will benefit from £1,000 through our Community Champions scheme, which supports good causes in areas where the company operates. The scheme has seen over £1.5m donated to local charities, clubs and organisations across the country since 2021.

The charity has been raising funds to support their core services ensuring that any child, teen or adult living with Down’s syndrome isn’t left socially isolated. The donation from West Scotland will go towards the wide range of services carried out by Down’s Syndrome Scotland including their ABC (Achieving Better Communication) Programme, which uses creative techniques to develop children’s communication skills.

“In the charity's 40th year we want to help everyone living with an extra chromosome to achieve their fullest potential. We’re truly grateful to Persimmon West Scotland for this generous donation through their Community Champions scheme, which will help ensure people with Down’s syndrome and their families across the west of Scotland can receive regular support and look forward to a future full of hope and confidence, as active members of their community”.

“I’m delighted that we are able to support Down’s Syndrome Scotland, which does fantastic work to support those living with the condition as well as their families.

“The efforts of the organisation ensure that no-one living with Down’s syndrome is left out and their programmes which tackle social isolation and improving communications make a massive difference to those affected.

“Persimmon’s Community Champions scheme aims to ensure we can support organisations that are at the heart of communities that we operate in – Down’s Syndrome Scotland is a perfect example of that.”