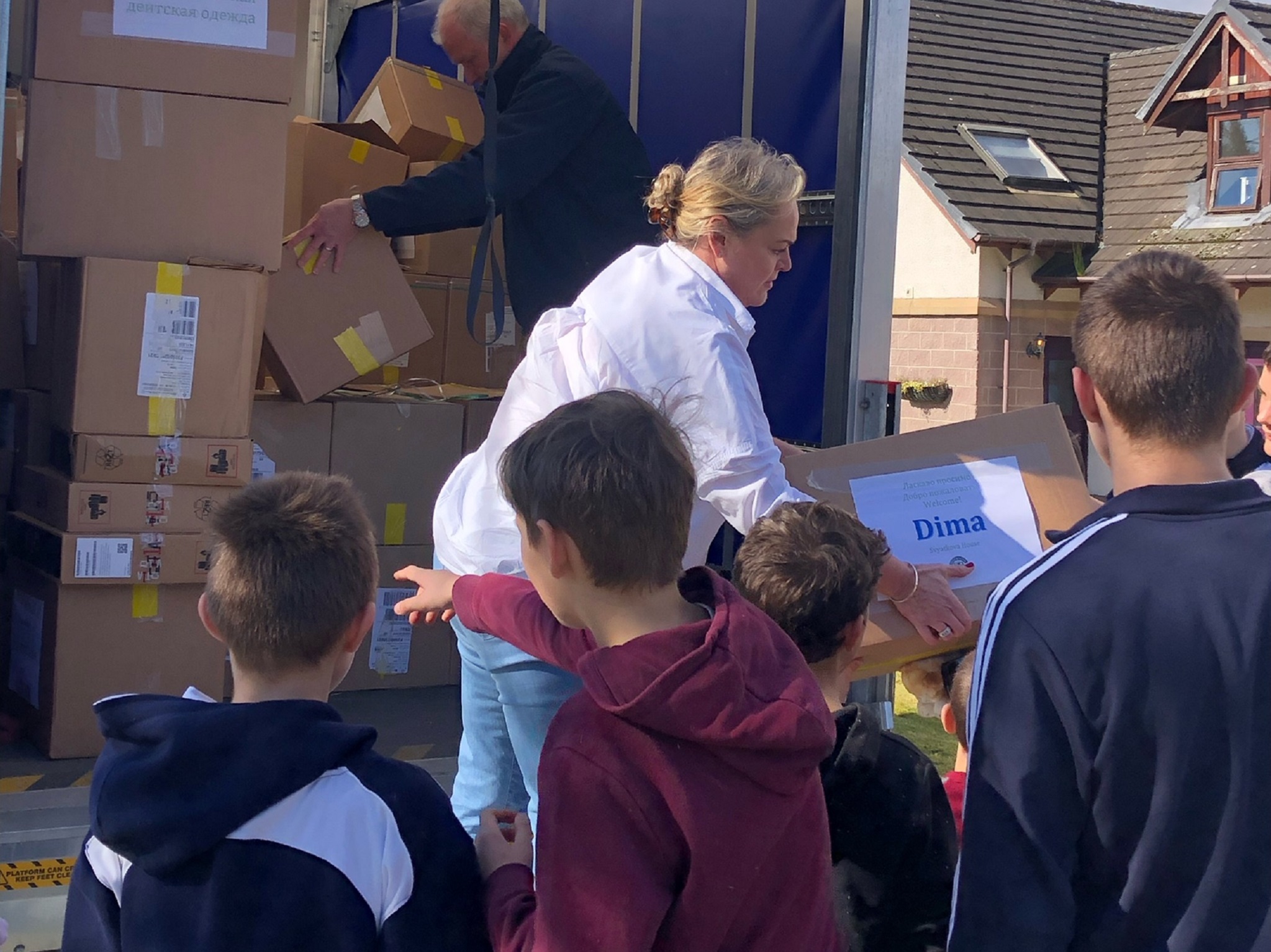 Following an unbelievable effort to rescue 52 Ukrainian orphanage children and their carers from Dnipro during the war in Ukraine, staff at Persimmon Homes in Bathgate have donated more than £10,000 to Hibs Charity Dnipro Kids to help them settle into the accommodation in Lothians and The Borders until it is safe for them to return home.

The need to feel that they might make settling into a new country just that little bit easier prompted members of the Persimmon Homes East Scotland team to do whatever it took to raise as much as they could.

Dress down days, cake sales and an auction raised £10,157.50 that will buy essential wardrobe items as well as some toys, games, sports items and toiletries needed for individual welcome packs for each child.

So far, the charity has managed to get 56 people out of Dnipro - 45 children aged 4-17 (18 girls and 27 boys) - with the other eight being the orphanage mothers/fathers (the name given to the adults who care for the children) and the mum and two daughters who work for the charity in Ukraine.

Laura Still, sales and marketing director at Persimmon Homes East Scotland, said: “Our hearts go out to everyone suffering in Ukraine and we felt compelled to do something to help.

“When we were introduced to the Hibs Charity Dnipro Kids it seemed the perfect opportunity to get involved and do something positive to help.  While I am extremely proud of the generosity of the team and our suppliers, I know that the real heroes are the members of the charity and its chairman Stevie Carr, who risked their lives to get the children to safety and on behalf of everyone at Persimmon Homes, we thank them for their bravery and dedication.”

The relationship between the orphanage and Hibs is not a new one. Members of the club met some of the orphanage children during a UEFA Cup trip to Dnipro in 2005 when a handful of supporters organised a charitable collection for some local orphans. Within a few months of returning to Scotland the idea had snowballed and the support continued over the following 17 years.

Mags MacPherson at Dnipro Kids said she was speechless on hearing about the donation: “This donation will make a massive difference to the charity and its work.

“The children have arrived in Scotland this week and everyone involved is getting a well-earned break in Stirlingshire before we start the major task of getting them accommodation and integrated into the community.

“On behalf of the Dnipro Kids can I say a massive thank you. Donations like this will change lives for the better.”