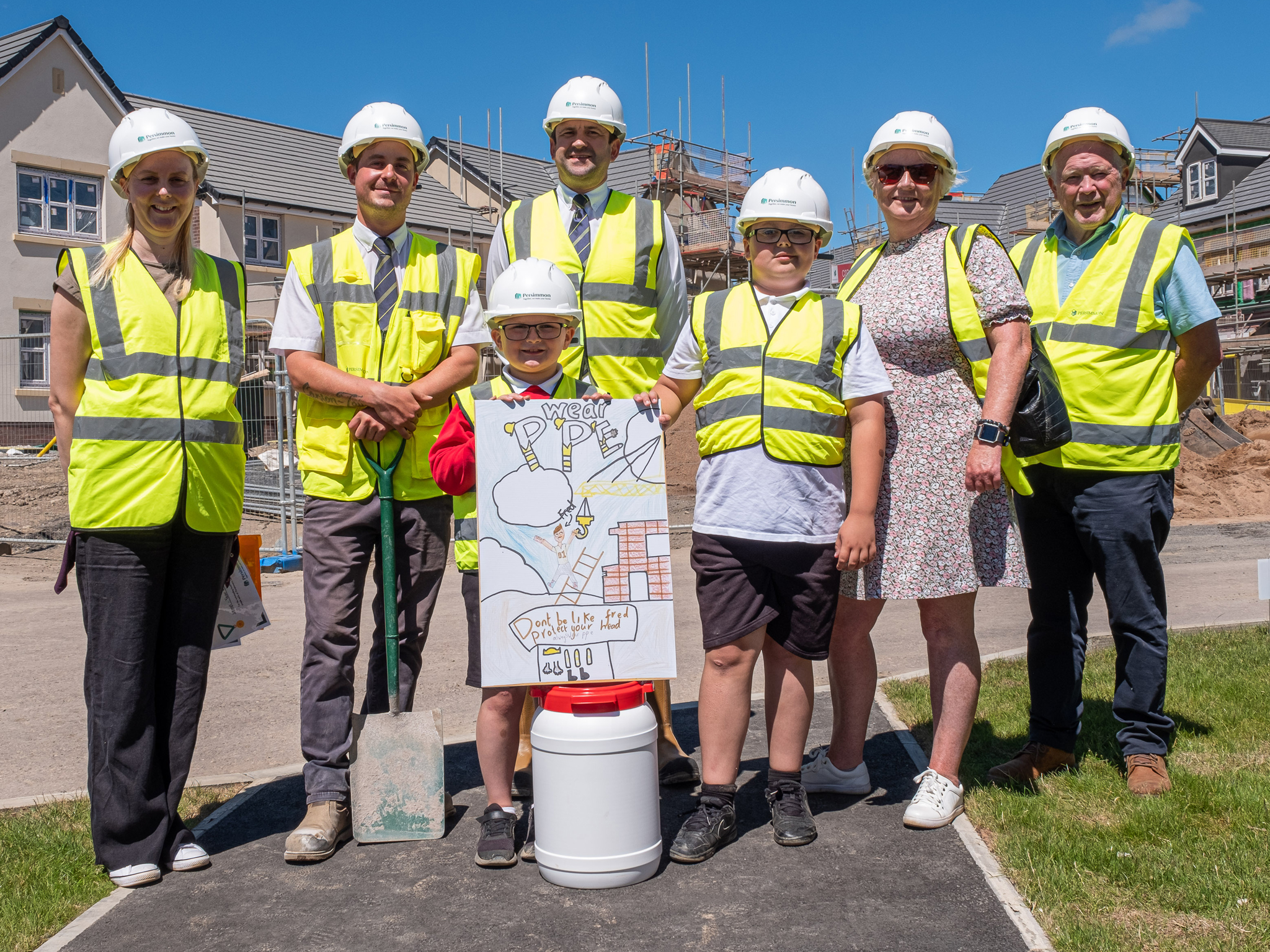 Children at an Ebbw Vale school were treated to a special behind-the-scenes look at a nearby building site to give them an early taste of the construction industry.

Three children won a competition to take part in the outing. They were challenged to create either a poster encouraging site workers to wear appropriate PPE or a picture of how they thought a house will look in 100 years’ time.

Year Four Lewys won the PPE poster competition and his design will now be displayed on site until construction ends.

Year Three pupils Lloyd and Lily, meanwhile, won the futuristic house contest. Their designs were buried on site in a time capsule to be discovered in hundreds of years’ time.

Earlier in the year our colleagues visited Glyncoed Primary School to talk to all pupils about construction and the health and safety risks of building sites.

Lee Woodfine, Managing Director at East Wales region, said: “We were pleased to welcome the children to our Carn y Cefn development and to give them an insight into the work we are doing less than a mile away. 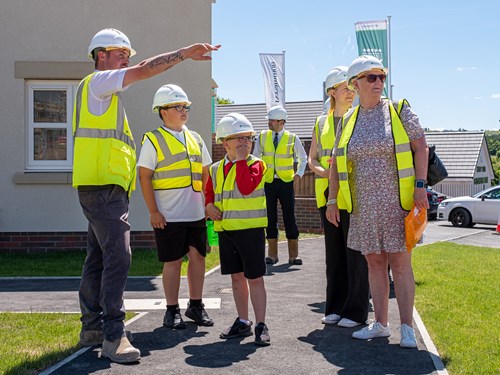 “The competition winners designed some excellent posters and drawings which really stood out when we were carrying out the judging.

“We’re determined to leave a positive legacy in Ebbw Vale, not just in the provision of new homes, but through the development of lasting partnerships in the community with local groups and institutions like Glyncoed Primary School.”

Nick Penn, Headteacher at the school, said: “The three competition winners really enjoyed their outing to the building site and they learnt a lot about the many stages of construction.

“It’s been really good to work with Persimmon Homes on this project. We’re keen to give our pupils a varied learning experience and this has been a great way to do that.”

“It was a pleasure to join Persimmon Homes and the winning pupils from Glyncoed Primary School at Carn y Cefn and witness the health and safety poster in action on site.

“Blaenau Gwent Council and Persimmon have worked in partnership to deliver much-needed new homes in Ebbw Vale and I’m pleased to see the first homes being occupied and the company building such strong partnerships in the local community.

“The regeneration benefits of the Carn y Cefn development will extend beyond the economic factors and we will continue to work positively with Persimmon in Ebbw Vale to ensure we deliver a strong social and environmental legacy for local people.”

We are building 277 new properties at Carn y Cefn on the former Ebbw Vale Comprehensive School and College site.

Work on the £29m project began last summer. A mix of two, three and four-bedroom homes are being built, with prices starting at £184,995.

A total of 55 of the properties will be available for social rent with housing association United Welsh for prospective tenants on the Blaenau Gwent Council Common Housing Register.

The development will create more than 200 jobs over the five-year construction period, as well as boosting the local economy by £7m per annum.

The first people have just moved into their new homes at the development.

The Government-backed Help to Buy – Wales scheme is available, an initiative where buyers only need a five per cent deposit.

Rhoose football club nets funding boost
A thriving village football club has received a cash boost towards new equipment and a storage facility.
Midlands region help a mental health group
A support group for Towcester people who are struggling with mental health concerns has been handed a £1,000 boost by...
New Technical Assistant appointed at Persimmon
A new Technical Assistant has been appointed at Persimmon Homes East Midlands.
Read all news