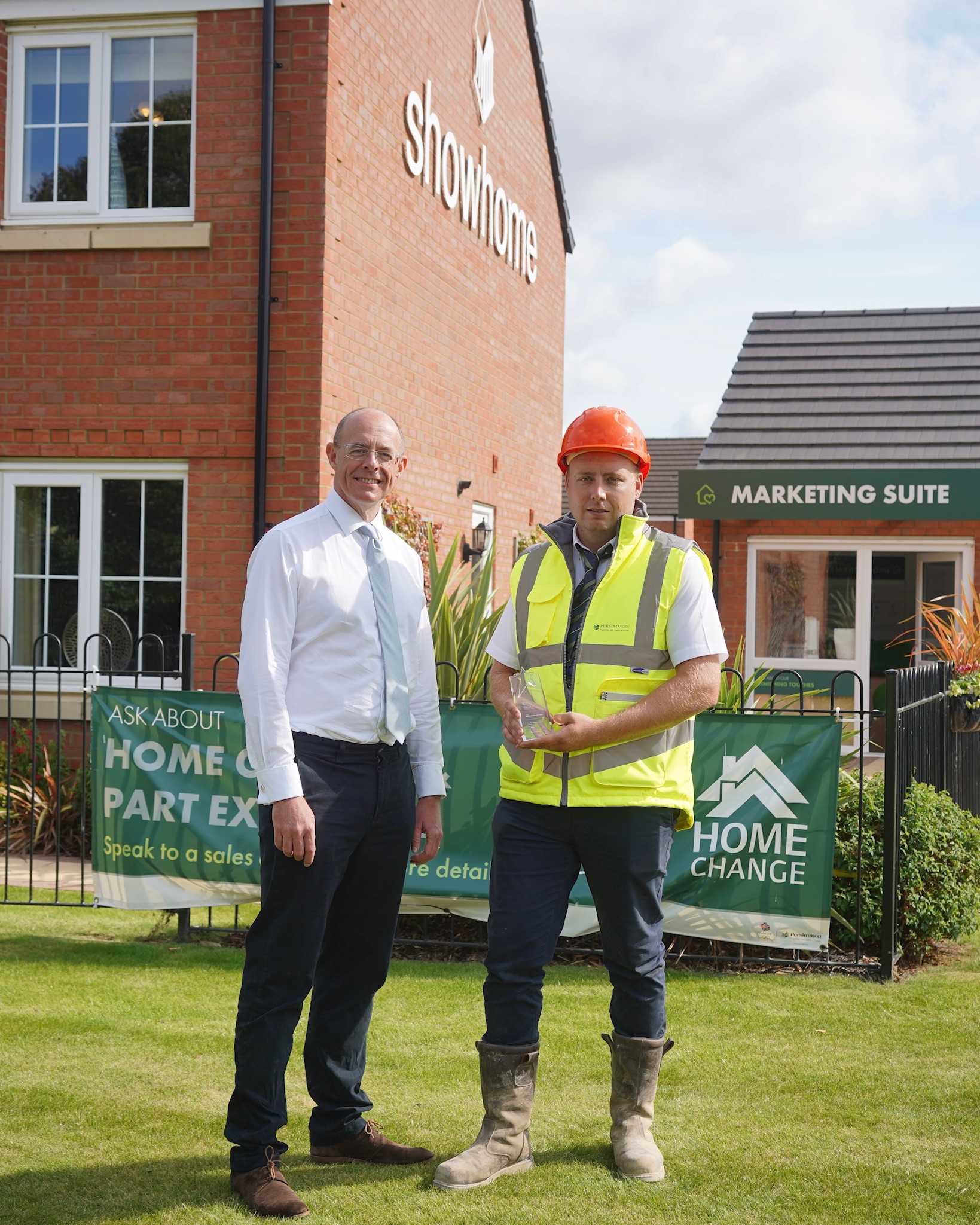 A Northampton-based site manager has reached the final round of our prestigious awards scheme which recognises outstanding achievement and customer care.

Tom West, who is currently based at the Scholar’s Green development in Kingsthorpe, was named as the Central Divisional winner in the Construction Excellence Awards

The 31-year-old was initially one of 31 nominees long-listed across England, Scotland and Wales. Now he goes forward to compete for the overall national awards, to be announced before the year end.

Tom, who has worked for Persimmon for the last 5 years, received his regional trophy from Persimmon Group chief executive Dean Finch, and dedicated his success to a great team effort:

“The excellence awards reflect a range of activities on site and behind the scenes – all of which combine to create a success story,” said Tom. “As site manager I am naturally very proud to receive this award and look forward to the national finals. But I view this as a collective effort, richly earned by all my friends and colleagues at Scholars Green.”

Located to the north of Northampton, Scholars Green is ideally situated to enjoy the best of both town and country. The development offers a wide choice of two, three, four and five-bedroom homes, ideal for families, professionals and first-time buyers.

Simon McDonald, Central region divisional chairman, said: “Tom and the team are a great example of what you can achieve with good organisation and hard work. They take so much pride in what they do and the results speak for themselves.”

To be recognised in the awards, site teams demonstrated achievement in areas such as clear communication, supporting staff training, build efficiency and quality, ongoing personal training and development, and delivering positive customer care and after sales service.

For more information on careers with Persimmon Homes visit www.persimmonjobs.com