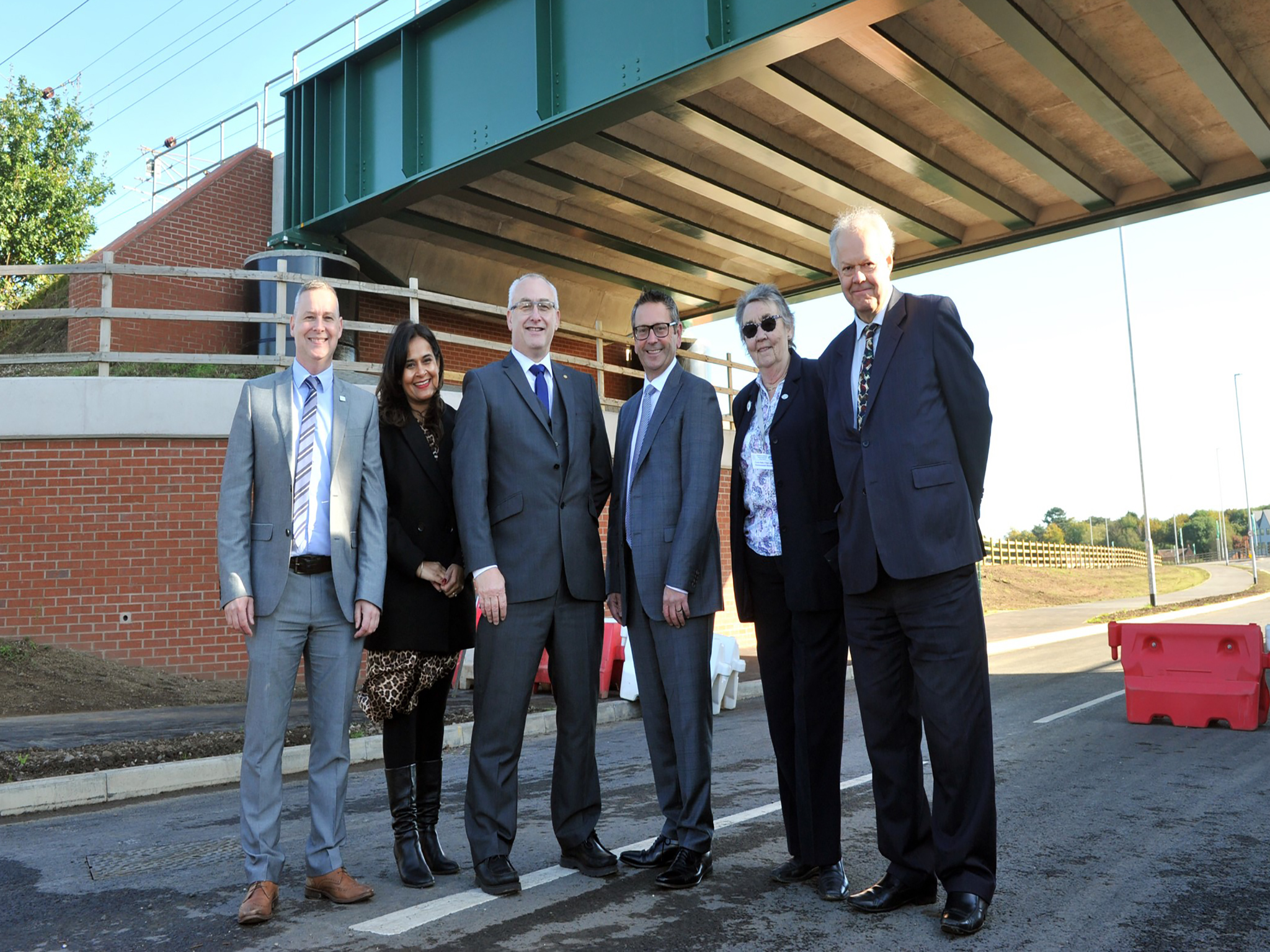 The final section of Lichfield’s £17.5milllion southern bypass is open to traffic.

The new section of road completes what will be an essential part of the city’s infrastructure and support the delivery of new housing and future growth. It connects the A5127 Birmingham Road with the A5206 London Road and has included building an underpass beneath the Cross City railway line.

The scheme is being funded by Persimmon Homes as part of a wider strategy for the bypass which includes major contributions from the Department for Transport (£5 million) and the Greater Birmingham and Solihull Local Enterprise Partnership - which allocated £2.3m of its Growth Deal funding to the project. The route also enables the future restoration and construction of the Lichfield & Hatherton Canal.

Stephen Cleveley, managing director for Persimmon Homes West Midlands, said: “The Lichfield southern bypass has been a major collaborative scheme so we’re delighted to be here today with our partners to mark the completion of the final phase.

“I’d like to take this opportunity to highlight all the hard work and dedication my team has put in to making this project a success, in particular our technical director Dan Hassall who has gone above and beyond his role to develop such a strong relationship with Lichfield and Hatherton Canals Restoration Trust.

“St John's Grange is a complex development for us, not only providing 450 new homes, but also the new link road and canal project involving the restoration of the original Lock 23. The new primary school, mixed use community hub, footpaths, cycleways, and open space including children’s plays areas and sports areas, will provide a real benefit for people living in Lichfield.”

Staffordshire County Council’s cabinet member for highways and transport David Williams said: “Completion of the final section of the Lichfield Southern Bypass is a significant marker and spur for the future regeneration of the city. It really will make a big difference – reducing city centre congestion, enabling housing development and helping to attract more investment.

“It’s fantastic to mark the occasion with our partners and open up to traffic after two-and-a-half years. Notably this has been done safely through the pandemic period which is a credit to everyone involved. “Working with partner organisations has been critical to the delivery of this scheme and we’d also like to thank residents and businesses for their patience while work was carried out. We can now look forward to the great benefits it will bring to the city.”

Chair of Greater Birmingham and Solihull Local Enterprise Partnership Tim Pile added: “Upgrading infrastructure such as the Lichfield southern bypass is critical to driving inclusive growth in our region. By easing congestion, unlocking land for new homes and drawing in private sector investment, this project will benefit residents and businesses for many years to come.

“The £2.3 million grant from our Local Growth Fund is delivered through our unique partnership of organisations from the public, private and academic sector. Using business-led intelligence, we collaborate together to make joint decisions on targeted investments like this bypass. Our impact to date shows how this approach helps infrastructure projects become a reality quicker, leading to better places for all our communities to live, work and thrive.”

Iain Eadie, Lichfield District Council’s Cabinet Member for Economic Development, Leisure & Local Plan, said: “We are all delighted the final section of the southern bypass is complete and now open. This was a complex project and is an example of great partnership working, including allowing for the Lichfield and Hatherton Canal route to be incorporated into the plans.”

Liverpool cyclist is the latest community champion
Our Community Champions scheme is this month backing a charity bike ride.
New homes released for sale at Llanharan site
Househunters in South Wales have been given a boost as the first new homes are released for sale at a large developme...
Portland academy receives funding boost for outdoor gym
Sunderland special needs school Portland Academy, part of the Ascent Academies’ trust, is set to benefit from a £1,00...
Read all news