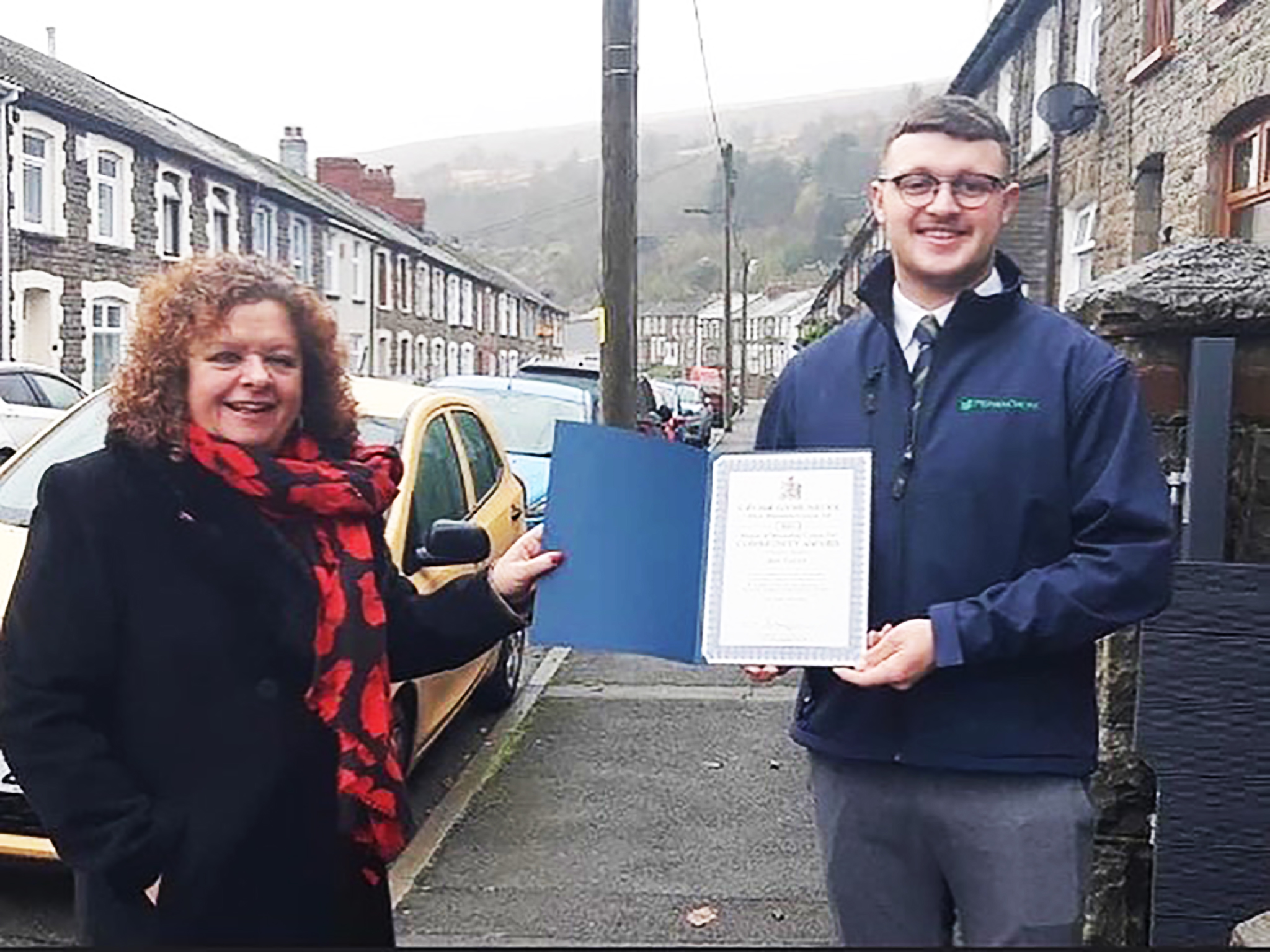 One of our trainee site managers has received a special award from the mayor for his phenomenal fundraising exploits.

Ben Peever, 20, completed a half marathon every day throughout March to raise £4,080 for the Royal Glamorgan Hospital. this month he was handed a Community Award from the Mayor of Rhondda Cynon Taf, Councillor Susan Morgans, in recognition of his efforts.

Ben, who is studying for a HNC in site management at Bridgend College while working four days a week at Persimmon’s The Parish development in Creigiau, said: “I’m really pleased to receive the Community Award, it’s a huge honour.

“I do a lot of running and triathlons but 31 half marathons in 31 days was a huge challenge. I completed the runs after work on the streets of Rhondda and there were times when I really didn’t fancy it, but I’m so glad I did. My hips and knees were very sore at the end. I felt like an 80-year-old.

“Two of my sisters work at the Royal Glamorgan Hospital so I’m aware of the care packages they put together for those who have lost a loved one. It’s all self-funded so I was delighted to help.”

Liam Puckett, Construction Direction at Persimmon Homes East Wales, said: “We are really proud of Ben and the tremendous amount of money he has managed to raise for the hospital. To receive the mayoral award is a huge achievement and richly deserved.”