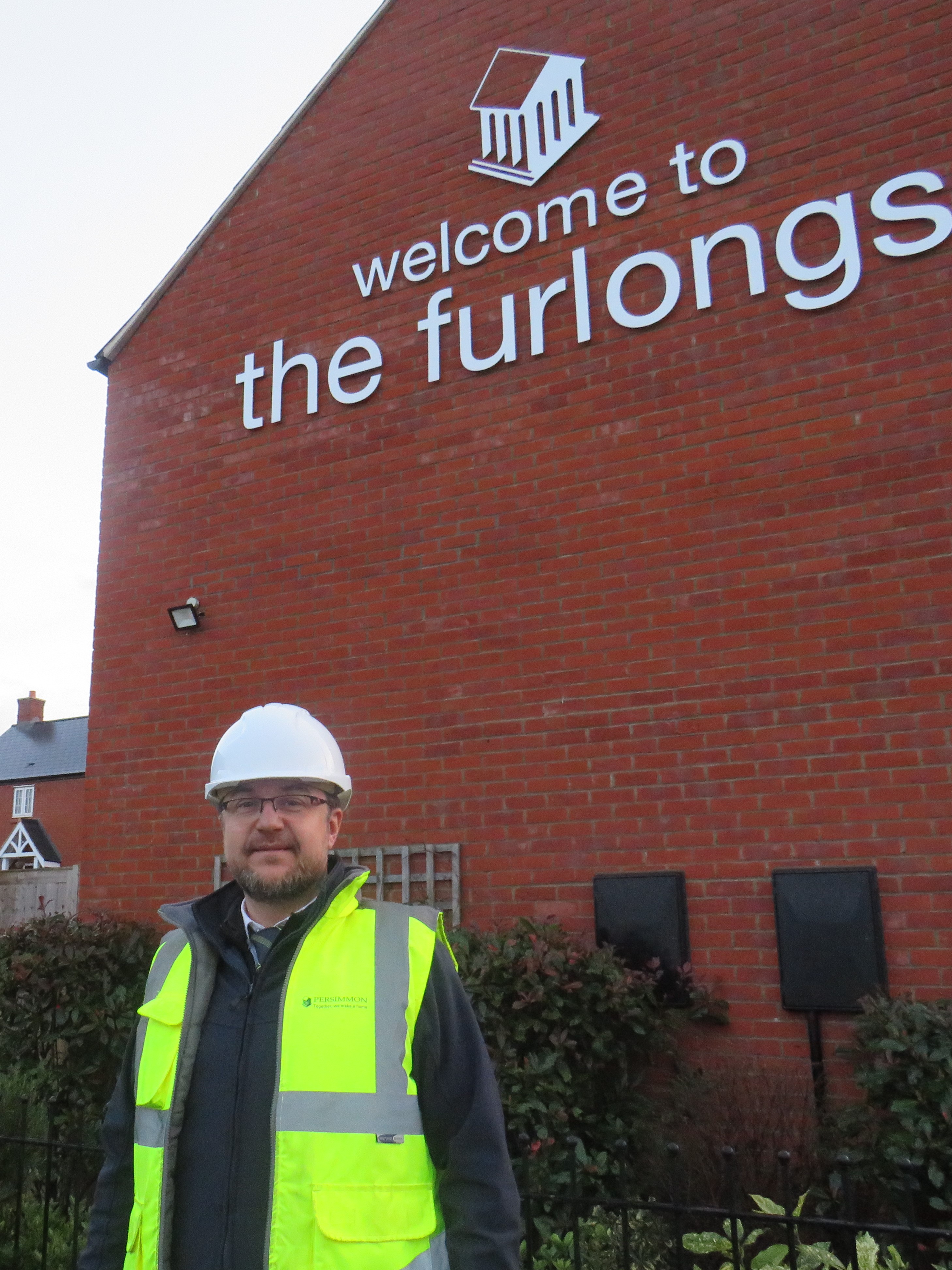 A Midlands construction professional started the year on a high after being promoted to project manager at a flagship new homes development – and reserving his own property at the site.

The 44-year-old former site manager will be responsible for delivering high quality homes and infrastructure at the gateway site on the A5 and expects to move into his own new house later this year.

Alin, who has worked for Midlands since 2019, said: “This is one of the biggest sites in the region, ultimately delivering more than 2,500 homes.

“The development is creating an entire new neighbourhood, including a new primary school, local commercial centre, a care home and the relief road to ease the traffic – so there is a lot here for me to oversee.

“We have already almost completed three phases of the development, resulting in hundreds of happy new homeowners and we are now currently working on another four new phases.

“Within my role I must liaise with contractors, suppliers and utility companies as well as housing associations and recruitment. This can be challenging at times, as there are so many factors which can influence the smooth running of the project such as material delays and labour shortages.

“However, I am hoping that my skills and knowledge of the site will enable me to take control of creating even more homes for happy customers.”

The Furlongs development comes as part of a £500m investment at the Towcester Southern Extension Site which will create a thriving new community bringing significant economic advantages for local people.

Alin added: “Having been a part of Persimmon’s construction department for over two years now, I have been able to see first-hand the quality and value of the properties, and I believe that this development is a perfect place to call home for my own family.

“I have recently purchased our own property on the development, which is due for completion later this year and we are really looking forward to moving into the area.”

Tom Walker, construction director for Persimmon Midlands said: “We have been working at Towcester for more than four years now and, as such a huge project, it’s important that we have the right person in charge.

“Alin has proved his knowledge and dedication to the development through his previous role of site manager and we are so pleased to know that the project manager role is in safe hands. We hope that Alin builds many happy memories here at The Furlongs, not only in his new role but in his new home.”

Phase four at The Furlongs has now been launched and will bring with it a collection of new two-, three- and four-bedroom homes.