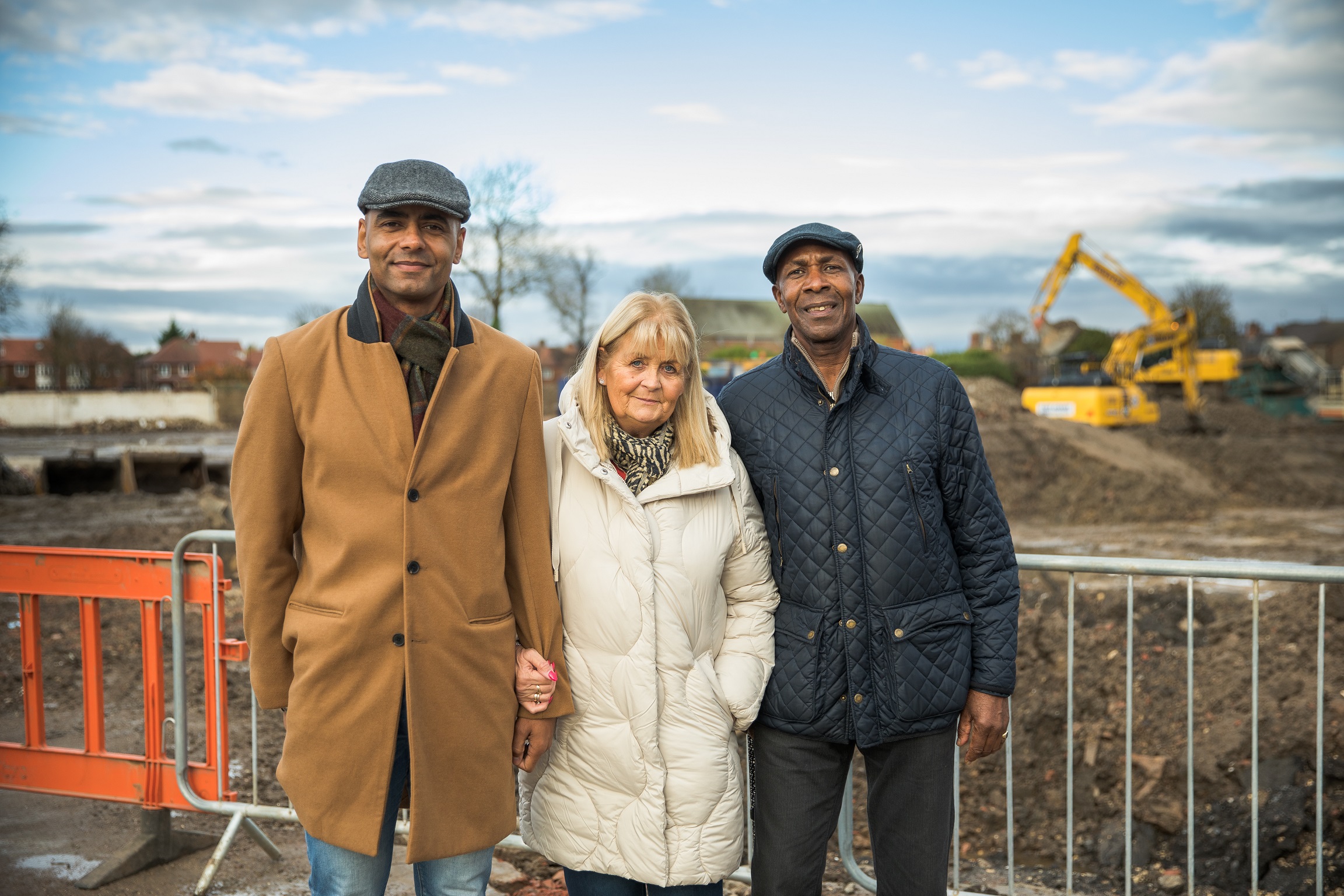 Fans of the club submitted proposals for the naming of streets at Bootham Crescent development.

One of three new streets at Bootham Crescent, built on the former home of York City, will be named Keith Walwyn Walk in memory of striker Keith Walwyn – a key member of the club’s record breaking 1984 fourth division championship winning side.

Born in the West Indies, Walwyn played for clubs in Yorkshire and Lincolnshire before joining York from Chesterfield in June 1981 for a fee of £4,000. Walwyn made an immediate impression by scoring in each of his first four league games and quickly became a huge fans’ favourite with his fearless, all-action style, whole-hearted effort – and goals.

He was one of the stars of the 1983/84 season, netting 25 times and forming a lethal partnership with John Byrne as the team surged to the Fourth Division title with a record 101 points. Injury limited his appearances the following campaign, but he nevertheless clocked up over 20 goals in five of his six seasons with the club.

Keith’s tally of 140 goals in 291 appearances was, tantalisingly, only three strikes short of the club-best haul when he signed for Blackpool in 1987. He remained a revered and much-loved figure amongst supporters, and his appearances back in York on and off the pitch were always warmly received.

After Keith’s untimely death in 2003, a hospitality lounge at Bootham Crescent was named in his honour, and his image features in the ‘York City Wall’ at the rear of the South Stand at the new LNER Community Stadium.

Liz Walwyn, widow of Keith said: “To have Keith’s name preserved in this way at Bootham Crescent is such an honour and means the world to his family.

“Keith would be so honoured and so so proud to know that a street is being named after him.

“I’m so touched by the way he is constantly in the thoughts of supporters and that his name will continue to be remembered in this way.”

£5,000 donation from Anglia team helps to restore Carlton Marshes viewing platform
A new lease of life has been given to the viewing area at Carlton Marshes Nature Reserve thanks to a £5,000 donation...
East Wales gives financial boost to Mountain Ash man raising money for Holibobs Children’s Cancer Charity
East Wales region have donated £1,000 to help the fundraising efforts of a man climbing Pen y Fan not once but 10 tim...
Apprenticeship helps turn around the life of a Cornish bricklayer
Ahead of National Apprenticeship Week, a 28-year-old Cornish bricklayer has reflected on how an apprenticeship in the...
Read all news