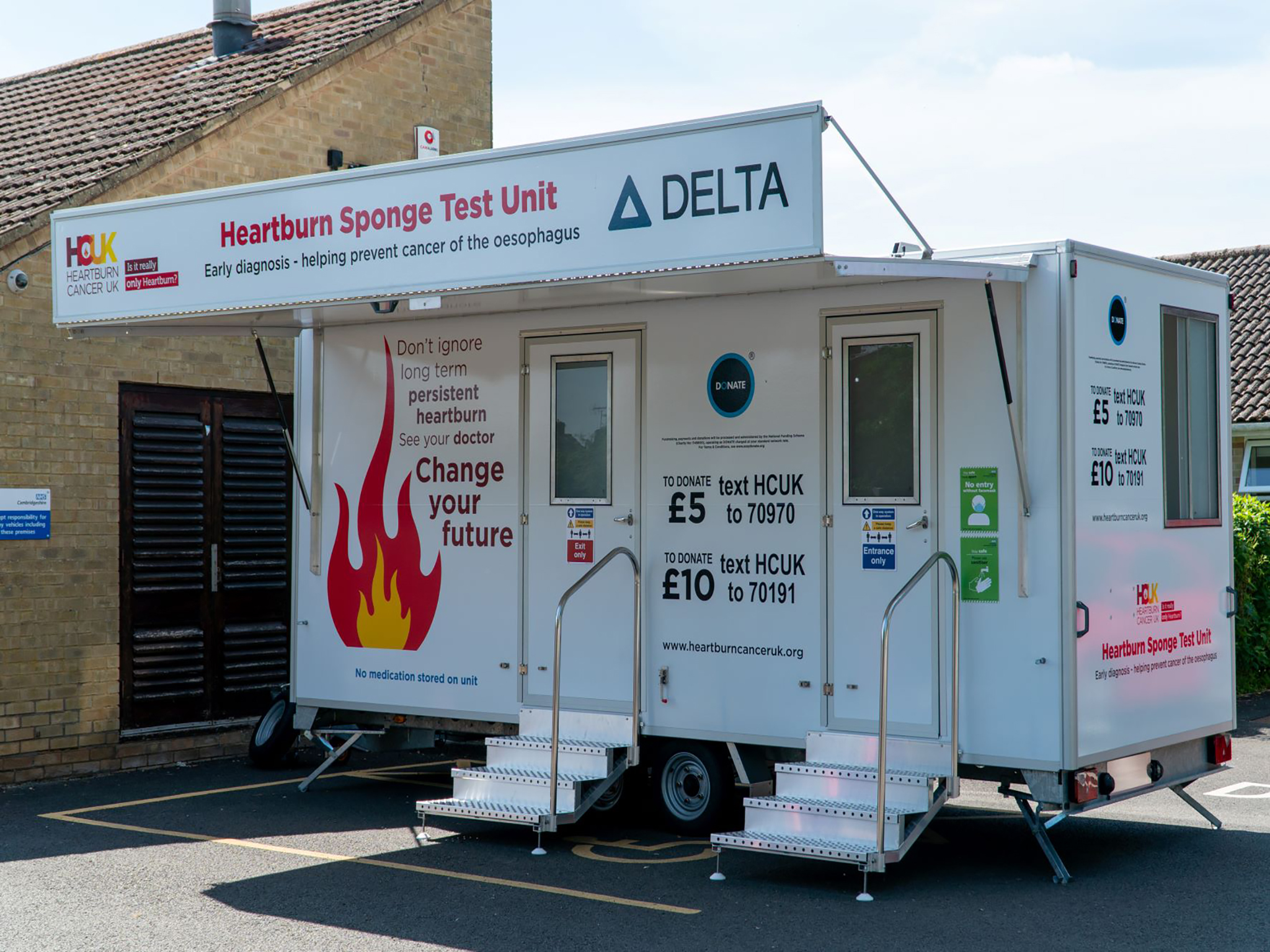 A Basingstoke-based national cancer charity that continues to save lives through early diagnostic testing has again received funding from us.

Heartburn Cancer UK was set up following the death of Michael McCord from oesophageal cancer in 2002 at the age of just 47. His death may have been prevented, says the charity, had he known about the dangers of persistent heartburn.

Now for the second year, the charity has been awarded a grant of £1,000 through our Community Champions scheme, an initiative that each month makes two awards to local good causes.

Fee Labrooy, from the charity said: “Persimmon’s Community Champions funding previously helped us to purchase a mobile diagnostic unit that in the first six months facilitated successful screening of 500 people at risk using an innovative test, The Cytosponge.

“This community-based pilot project will screen at least 1,000 more people during 2022 and will change lives by increasing early diagnosis. Of those screened, 13% have been referred for further investigation and, if required, will receive ongoing surveillance that could be lifesaving.

“We are absolutely thrilled to hear that Persimmon is again supporting us as we look to extend use of The Cytosponse to those in the community most at risk through the purchase of a second mobile unit.

“In addition, as knowledge of our work and life-saving message increases, we will use funds to extend and broaden the support and information we are able to provide to those in our community who contact us with concerns about reflux, Barrett’s oesophagus or oesophageal cancer.”

The Cytosponge or Heartburn Sponge Test is a small capsule on a string which is swallowed by a patient.  It expands in the stomach to form a sponge and is then removed a few minutes later, collecting cells from the inner lining of the oesophagus.  The test has been developed at the University of Cambridge and has been rigorously tested and shown to be safe and acceptable to thousands of patients in a large multi-centre trial.  It’s use in primary care will reduce the need for invasive endoscopies, saving NHS funds and the time of patients and professionals alike.

Fee added: “Oesophageal cancer has low survival rates because many people are not diagnosed until it’s too late. We want to speed up testing and diagnosis with our mobile unit and help roll-out a new type of diagnostic test, known as a Cytosponge, which we believe can transform people’s chance of survival.”

For more information on Community Champions, visit the website.