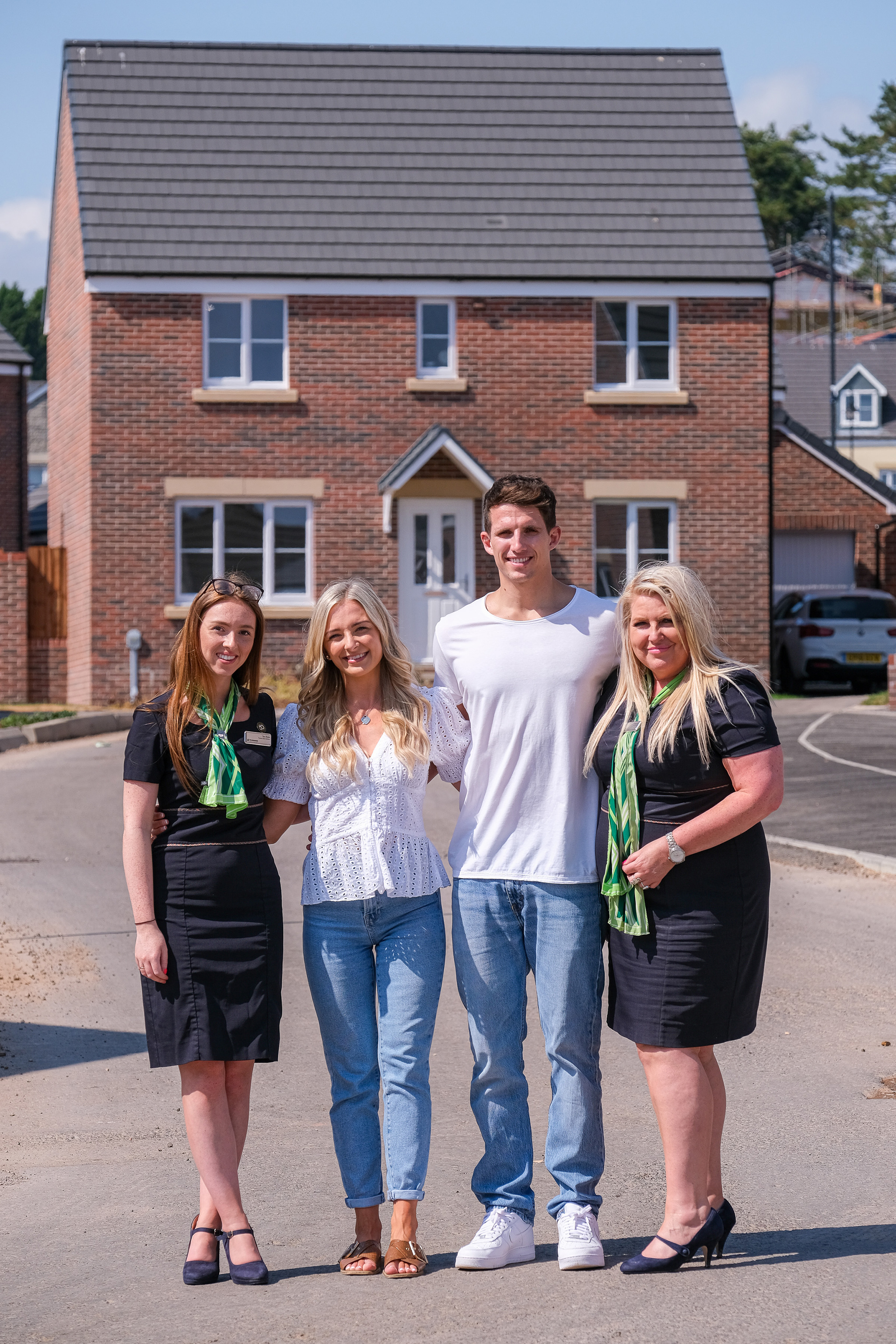 Love Island star Callum MacLeod has swapped the villa for a stunning new home at our Tir Y Bont development.

Callum shot to fame in 2019 when he appeared on ITV’s smash-hit show.

Despite failing to find love and being dumped from the island after five days, Callum loved every second of the experience.

He’s since found happiness closer to home in fellow South Walian Jade – and the couple have recently moved in together at our development in Bridgend.

“Me and Jade are really happy with our new home,” said Callum, who returned to his job as an aircraft engineer after his dalliance with reality TV.

“We lived in a Charles Church home on the same estate which I had bought six years ago.

“We weren’t even looking to move but we viewed the showhome at Tir y Bont out of curiosity and just loved it. It was everything we had talked about.

“We went for the Coniston house type which was a little bigger than we had and we loved the fact it had two living rooms.

“Jade will say the extra living room is ready for little ones – but I’d say it’s somewhere to watch rugby on a Friday night!”

Callum and Jade were also won over by the spacious kitchen and good-sized garden, perfect for hosting and for parties.

The couple have already painted some rooms.

“Jade wanted carpet in the living rooms and she wanted a rustic theme with an old tan leather sofa and cream wooden units,” said Callum.

“The kitchen is beige and grey. It’s light and bright.

“Jade fancies herself as an interior designer so I’m looking forward to seeing what she comes up with.”

Callum grew up in Bridgend and works in Caerphilly, while Jade works off the M4, making Bridgend the perfect halfway house for both.

His time on Love Island may have been brief, but Callum still has fond memories of that summer.

“It all started on a night out with the boys,” said Callum. “I was approached and the next day I had a phone call asking if I’d go to London for a chat. It all spiralled from there.

“I lived the lifestyle over one mad summer. I loved it. I didn’t go in to change my career or become a reality star.

“It meant I rubbed shoulders with people I never thought I’d meet. I like the normal life but I did enjoy the perks.

“I was invited to a party once and a guy put his arm round me and said I did well on the show. I looked round it was Robbie Williams. I couldn’t believe he knew who I was.

“People still recognise me now and again. It’s such a big show that I think I’ll carry it forever.”