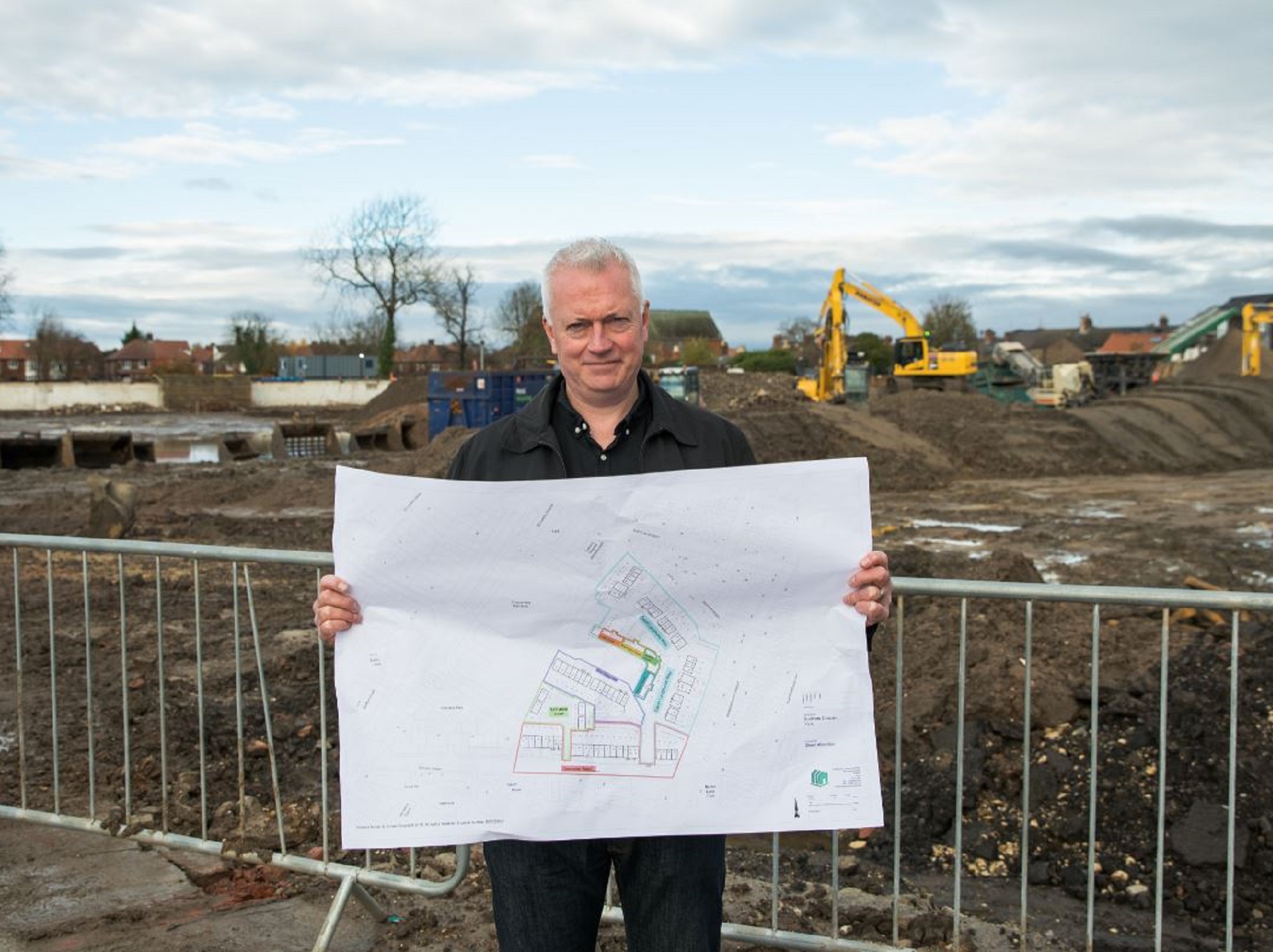 One of four apartment buildings to form part of the new housing development on the former Bootham Crescent football ground is to be named after the scorer of York City’s first ever goal at the ground.

93 new homes are being built on the Bootham Crescent site which includes four, three-storey apartment buildings with Persimmon working with the council over recent months to have the buildings named after York City fan favourites.

As scorer of the club’s first ever goal at Bootham Crescent, Tom Mitchell has a special place in the hearts of York City supporters.

Born in County Durham, Mitchell played for Newcastle and Leeds United before joining York City in 1931.

Not long after in August 1932, Mitchell scored the inaugural City goal at Bootham Crescent in a match against Stockport County.

He retired from football in 1933, but returned in March 1937 as team manager, a role he would retain for a club-record 13 years. He oversaw the thrilling run to the FA Cup quarter finals in 1937/38, and after serving in the RAF during the war he returned to manage the club in the early years of peacetime. He resigned in 1950 to concentrate on his family businesses which included the well known the outfitters in the city centre.

The club was never far from his thoughts, however, and he joined the board of directors in 1961, serving for eight years.

Mike Jackson, grandson of Tom Mitchell said: “For my grandad’s name to be preserved here at Bootham Crescent just means everything to our family.

“We’re all very proud and I know my grandad would be as well.

“Although he was a Spennymoor lad, he made York his home and was always very proud of the time he served at the football club as a player, manager and director and for his name to be honoured in this way means a great deal to us all.”