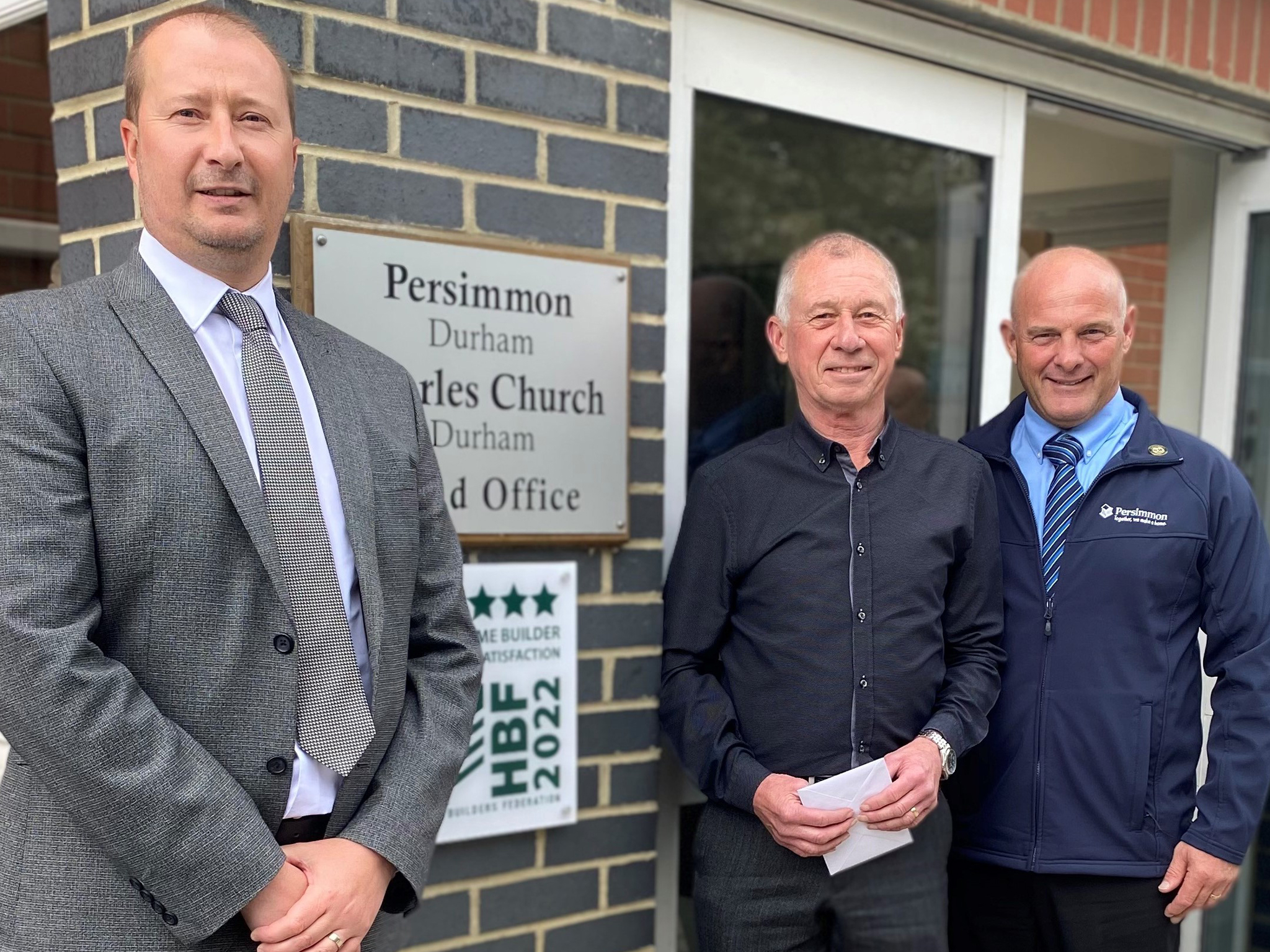 A Durham bricklayer dubbed ‘Peter Perfect’ by colleagues, due to his outstanding work, has finally hung up his trowel after over half a century in the trade.

Peter Carr, from Meadowfield, Co Durham, recently retired with the intention of enjoying more family time, sightseeing and working on his golf handicap.

Peter’s career began as an apprentice bricklayer after leaving school in 1971. After qualifying he worked on various projects before joining Leech Homes in 1983. Following their takeover by Persimmon in 2002, he has remained with the company ever since.

Colleagues have paid tribute to Peter’s skill and professionalism, including long-time friend and workmate Eddie Robson, who said: “I’ve known Peter since we were at college together 1975 and it’s been a pleasure. I’ve never known him to complain and he always does a perfect job – hence his nickname, Peter Perfect!”

Married, with two children and a granddaughter, Peter said: “After fifty-one years on building sites I am ready for retirement. Although still fit, I want to do other things. I enjoy playing golf and although I’m a high handicapper, I’m hoping to get that down a bit.

“I have also started swimming regularly, which I couldn’t fit in before. We have a few breaks away lined up, to take in some places we didn’t have time for previously. And, of course, it means more time to spend with little Ivy, our granddaughter.”

Looking back over his career in the industry, he added: “It’s always been hard work, but rewarding. I will miss the ‘craic’ on site.”

Durham managing director Richard Cook said: “Half a century as a bricklayer is a remarkable achievement. On behalf of all his colleagues at Persimmon and the thousands of people now living in homes he has helped to create, I want to say a massive ‘thank you’ to Peter. We wish him a very long and happy retirement.”