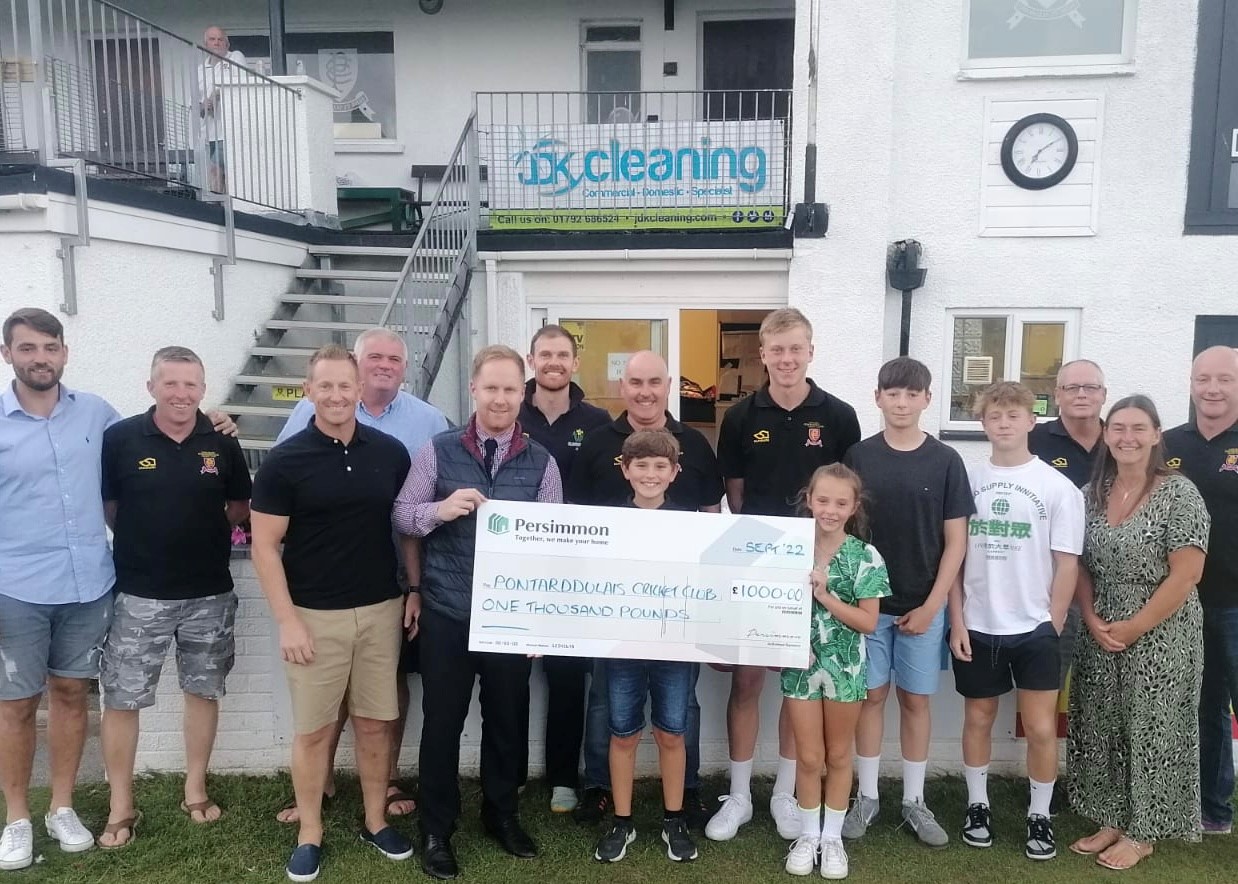 A cricket team in South West Wales has been handed a funding boost by our West Wales region.

Pontarddulais Cricket Club has been awarded £1,000 after being selected by West Wales region as one of its monthly Community Champions.

The club has a proud and strong community footprint running four senior teams and eight junior teams during the season.

Our donation went towards the club’s end-of-season junior presentation, which saw all players receive awards, and provided a BBQ for junior members and their families.

The money has been made available through our Community Champions scheme, which has handed out more than £5m to good causes across Great Britain since its launch, and donates up to £4,000 in Wales every month.

“We are very grateful to Persimmon Homes West Wales for their generous support.

“The local business has a proud presence in the area and this funding has allowed us to continue supporting our burgeoning junior section, which currently has eight sides.

“Persimmon’s kind donation allowed us to reward all our junior players, parents and families, ending the 2022 season on a high.

“It was a great occasion for our community club, and we were delighted to be joined by our Glamorgan allocated players, James Harris and Lukas Carey - both former junior players at the club.”

“Persimmon’s Community Champions initiative is all about supporting the communities and people in which we build, and Pontarddulais Cricket Club is another deserving recipient.

“We have a long-standing presence in the area and not only are we proud to provide homes for first-time buyers and young families locally, we are also determined to give back to key community groups.

“Pontarddulais Cricket Club is at the very heart of the local community, and goes above and beyond to support its members and local people.

“We’re proud to be associated with the club and to have played a part in their celebrations of yet another excellent season for Bont’s junior section.”