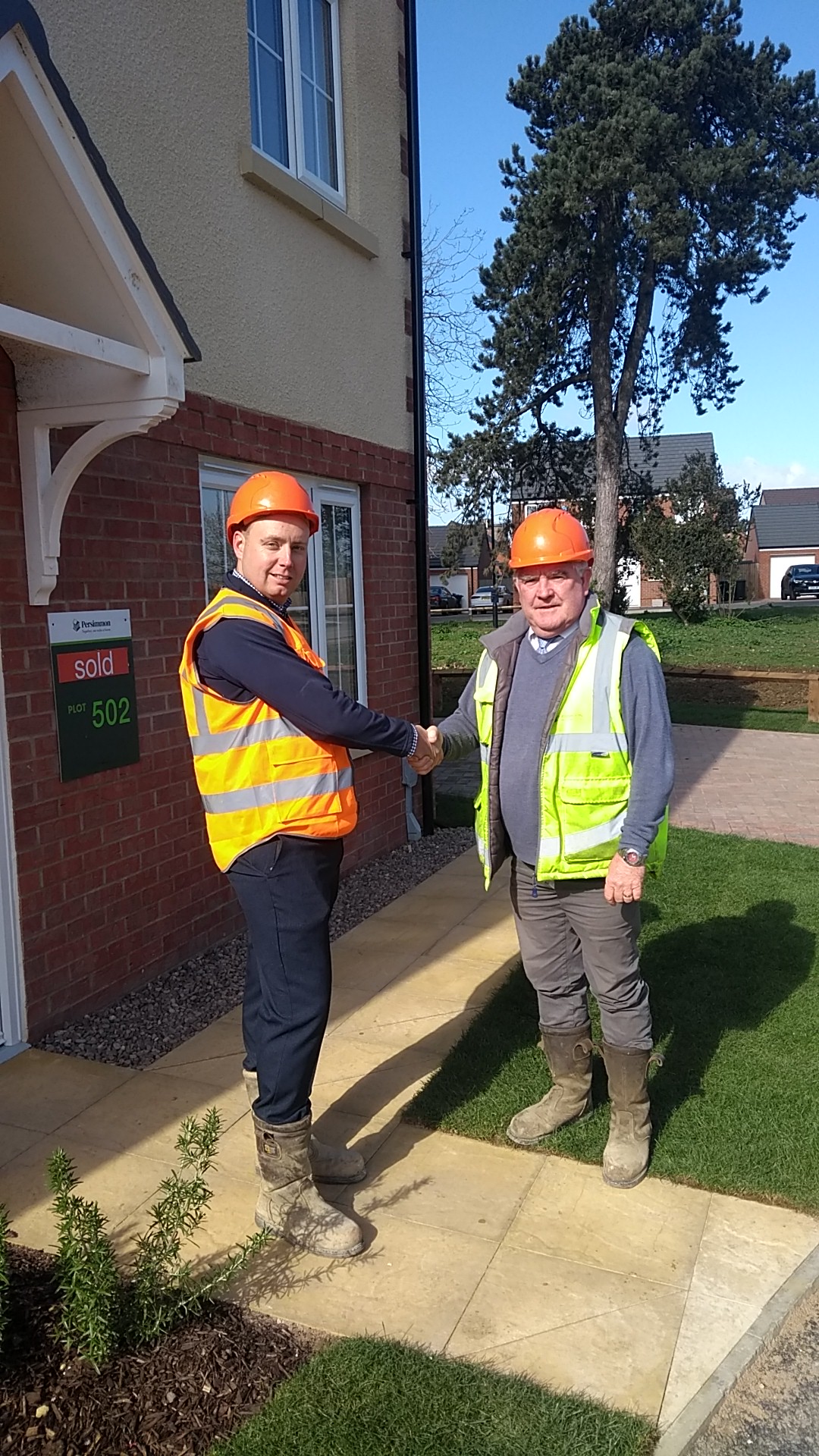 A retiring Northampton contracts manager has handed over the baton to a newly promoted colleague.

Jim Wilkinson, who has worked at Midlands since 2015, is now leaving responsibility in the hands of Tom West.

“Jim took me under his wing back when I was his assistant site manager at Lime Tree Gardens and since then has trained me in preparation for my promotion,” said Tom.

“Although they’re really big boots to fill, I am honoured to have been offered the role of Contracts Manager and I am grateful to have learnt from the very best.”

Jim, aged 68, is described as a ‘well liked man around site and a great leader and mentor’ who will be sadly missed by all at Midlands.

Last year he was nominated by his bosses for an Unsung Hero accolade at the Persimmon Achievers awards in recognition of his commitment to delivering a high volume of quality new homes for local people.

Jim said: “It’s been a pleasure to work for such a fantastic company over the last seven years and I will take with me very fond memories of my time here.

“I first met Tom at my second site, Lime Tree Gardens, where he was my assistant and since then I have watched him grow through his career and as a person.

“I have no doubt that they have chosen the right person for the role, and I would like to wish Tom all the best in his new position. It’s extremely well deserved.”

Tom started his career with Persimmon Midlands back in 2016 and has shown real dedication and an outstanding level of customer care as highlighted at Persimmon’s recent Construction Excellence awards in which he was commended.

Regional managing director at Central East, Simon McDonald, said: “We will be sad to see Jim leave but are excited to promote Tom into the role of Contracts Manager.

“Jim will be a really hard act to follow but we are confident in that Tom will carry on his amazing, good work at the company.”

Here at Persimmon we are committed in supporting the career progression of their employees and offer plenty of opportunities for career growth.