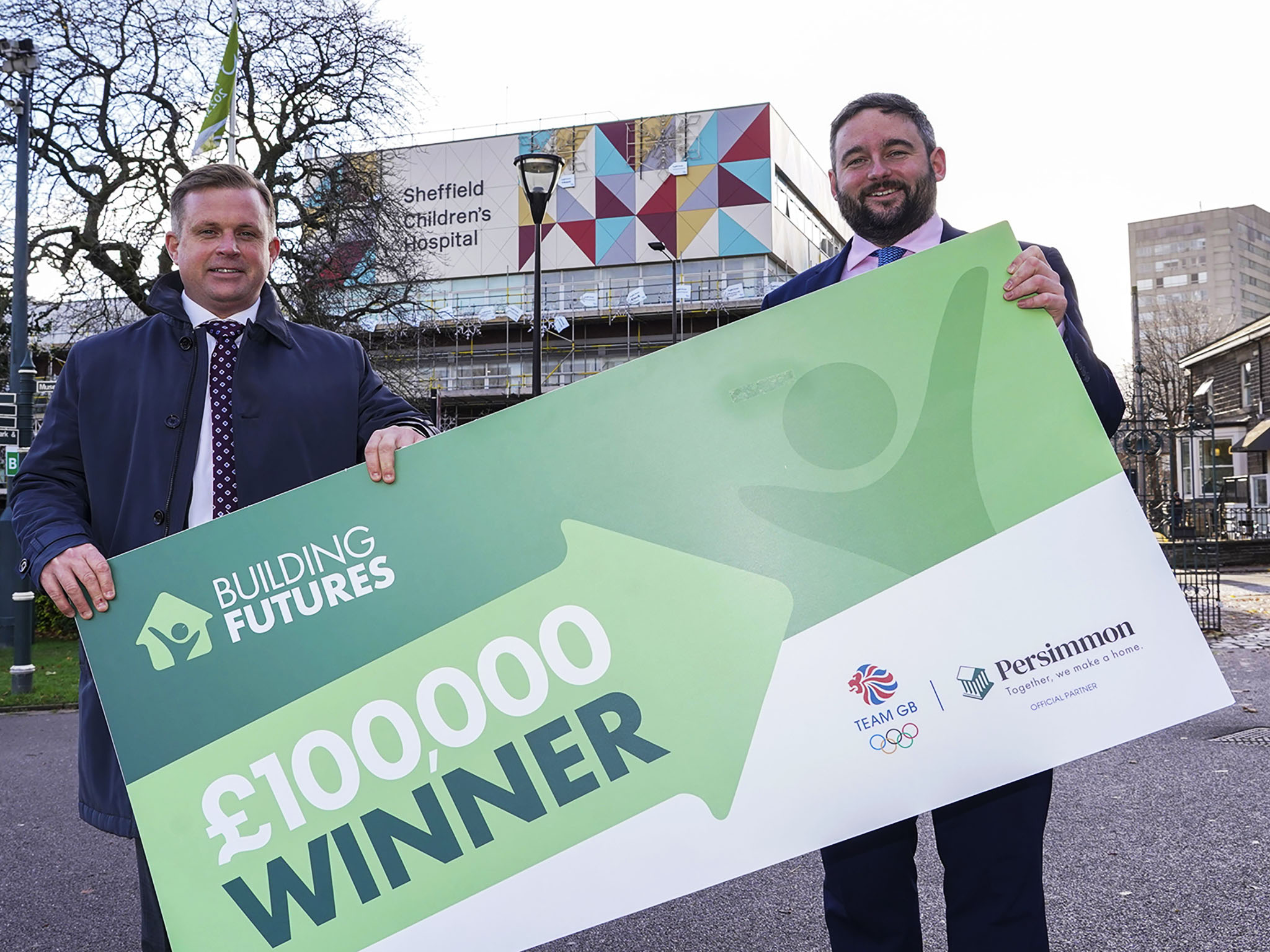 The Children's Hospital Charity was one of the big winners in our Building Futures charity campaign, which supports under-18s across the nation.

The £1 million fund encouraged applications in three categories – education & arts, health, and sport – to compete in a national online vote.

The Children's Hospital Charity, which supports Sheffield Children’s Hospital, won £100,000 as the winner in the health category, representing our South Yorkshire region.

The charity is fundraising to build a helipad on top of the hospital’s emergency department, as trust fundraising manager Catherine Foster explained. She said: “In emergency situations we need to transport children into our care as quickly as possible as minutes can make a huge difference in a major trauma situation. Around 20 per cent of children arrive by air ambulance but crucially we don’t have a dedicated onsite helipad so currently patients are stretchered across the busy A57.

“This lifesaving project can be used 24/7 and will ensure that critically ill children can be transferred to the hospital’s trauma team as quickly and safely as possible and Persimmon Homes’ prize will help get us closer to making our helipad a reality.”

Persimmon Homes have handed out more than £1 million in cash prizes to organisations across England, Scotland and Wales as part of the campaign. The first, second and third prize winners in each category were decided by a public vote with around 200,000 votes cast.

(Photograph provided courtesy of The Star)