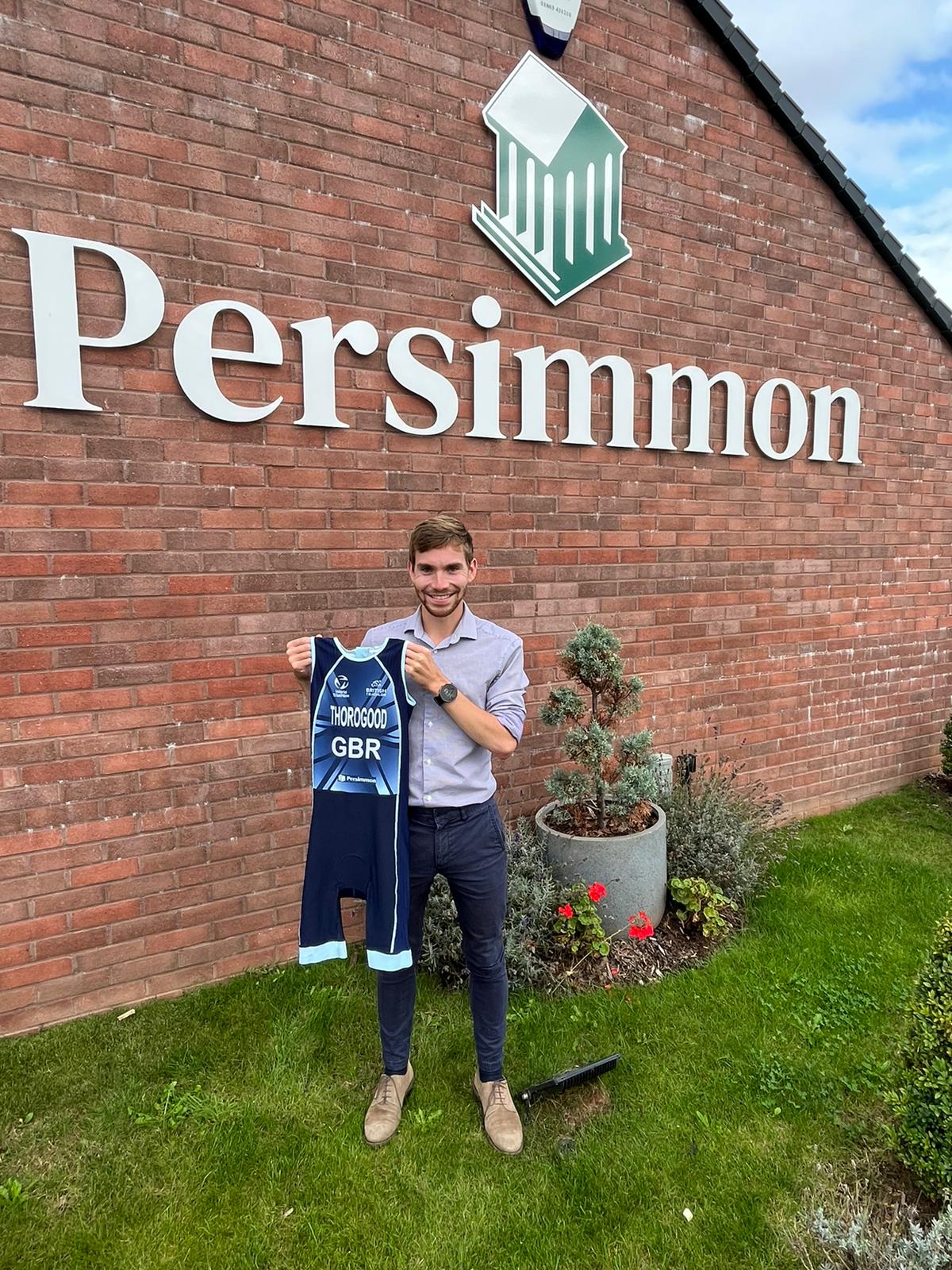 A Persimmon Homes employee is swapping planning consultations and applications for the challenges of road and water, after being selected to represent Great Britain at this month’s European Aquathlon Championships in Bilbao.

Ollie Thorogood, a planner in the company’s South West region, has been selected for the 1km swim and 5km run event, which will be held in the Spanish city on 23rd September.

Ollie’s worked for Persimmon in its Exeter office for the past three years and qualified for the event following a number of impressive performances.

Persimmon South West has sponsored Ollie and his kit for the upcoming Championships, and there are high-hopes Ollie will be in the hunt for a medal, which will be the first on the continent since the pandemic.

The Region’s Sales Director, Stacey Harris, has wished the Ollie ‘the best of luck’ for the Championships and said the business is very proud to have a British athlete within their ranks.

“As a business, we are delighted to support Ollie in his endeavours representing Great Britain at the European Aquathlon Championships.

“Ollie is a first-class planner and first-class athlete and his commitment and drive to work is matched by his dedication and passion for competitive sport.

“We are very proud of his achievements and on behalf of the team in the South West, I want to wish him the best of luck in Bilbao.

“Whatever the result he’s done himself, his family and the business proud.”

To prepare for the Championships, Ollie is currently swimming three times a week, usually at the crack of dawn before carrying out his day-to-day work duties at the Exeter office.

Ollie, who has previously represented Great Britain in the 2018 European Championships (finishing 7th) and in the 2019 World Championships (where he came 4th), is also running around 100km a week as he goes for gold.

Originally from Aberystwyth in West Wales, Ollie took up the sport after his sister represented Britain in the Triathlon discipline at the Youth Olympics.

The 26-year-old planner and athlete said:

“This competition has been in the pipeline for a while due to the pandemic and I can’t wait to get back out there and compete with the best athletes in my age-group.

“In 2019 I was pleased to come 4th  in the World Championships, and while I am competing in a slightly different age category this month, I hope to go one better this time and finish in the medal places.

“I always say the day-job prepares me very well for competition, as the mentality and commitment required to see through a planning application from start to finish is very much replicated on race-day!

“It’s always an honour to represent Great Britain and I am very grateful to the support provided by Persimmon and the team in the South West which has allowed me to pursue both my career and sporting ambitions.”