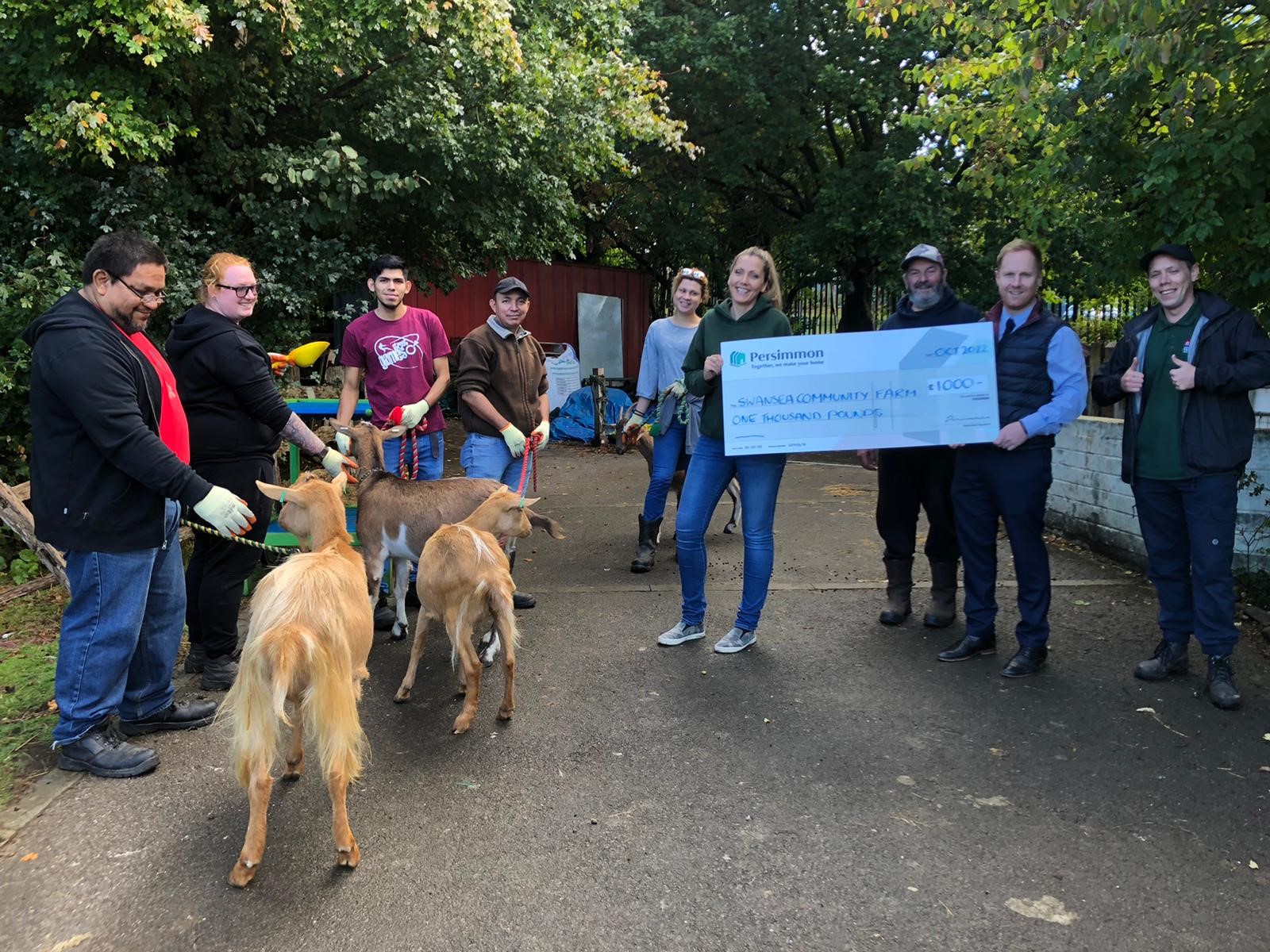 The Farm is a community-led, award-winning charity, set in 3.5 acres of land in Swansea, and hosts a range of farm animals, allotments, wildlife areas, bee hives and café.

The organisation’s crowdfunding campaign aims to raise £10,000 to cover animal food and care costs in 2023, and takes place during the week 29 November to 6 December.

The donation comes through our Community Champions scheme, in which the company donates up to £64,000 to good causes across Great Britain, which includes up to £4,000 in Wales.

“We'd like to say a massive thank you to Persimmon Homes West Wales for supporting Swansea Community Farm with this fantastic donation.

“These much-needed funds will go towards our ‘Big Give Christmas Campaign’ which is directing money to our 'Funds For Fodder' project.

“We are a volunteer-led, wellbeing charity based in the heart of Swansea, with significant overheads, and we are aiming to raise £10,000 to cover our animal food and care costs in 2023.

“Persimmon Homes West Wales have been long-standing supporters of ours and we are so grateful to have their backing once again.”

“We’re once again delighted to support Swansea Community Farm which does so much good in the city.

“It’s a challenging period, and the Farm relies heavily on the time given by volunteers, and generosity of local companies.

“The Farm works wonders improving wellbeing, building skills, and creating a sense of belonging for many local people, alongside producing fantastic local food and caring for our environment.

“As a local housebuilder, it’s a pleasure to be supporting a community service which is making a tangible difference to people’s lives in Swansea.”