Technical Assistant skating to success in US ice hockey tournament 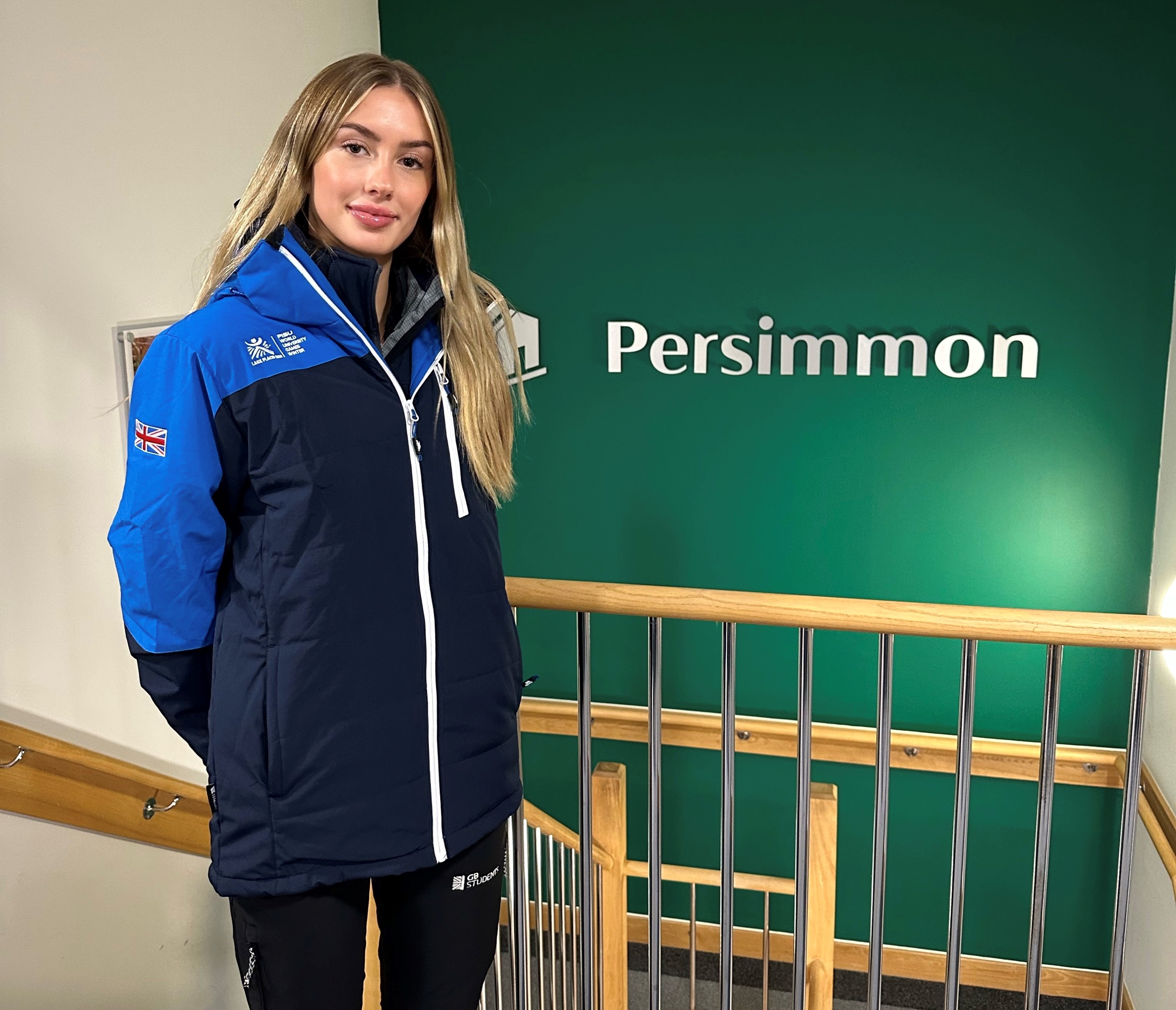 A Shropshire-based Technical Assistant is skating her way to success in the United States as part of a global ice hockey tournament between universities across the globe.

Grace Garbett flew out to Lake Placid on the 8th January to take part in the Winter World University Games, a celebration of international university sports and culture. Starting on 12th January, the games see several thousand student athletes competing in multiple winter sports, making it among the world's largest winter sports competition.

Supported by her colleagues in the West Midlands office, Grace has been granted time off to train and compete in the Games as well as sponsored by the regional office to give a boost to her passions.

Grace said: “Travelling over to the US for the World University Games is such an incredible opportunity and I’m delighted to have the support of the team as I pursue my sporting goals.

Since joining Persimmon in July 2021, I’ve felt empowered to achieve both my personal and professional goals. Whether through sponsorships, giving me time off to train and go to tournaments or simply just friendly words of encouragement, I know Persimmon will be cheering me on.”

Daniel Hassall, Managing Director at West Midlands, said: “We’re all so proud of Grace as she hits this exciting milestone in her sporting life. Being able to travel across the world to represent her university as well as Team GB is a wonderful opportunity – and we’re delighted to support her in those endeavours in any way that we can.”

Since enlisting in the Games, Grace has also been notified that she has been chosen for Team GB’s Senior Women’s team. This will see her travel to Poland in February for a friendly tournament against the host nation, Italy and Denmark. She is also hoping to be selected for the team travelling to the World Championships in South Korea later this year. Good luck, Grace!