Work set to start in Aberavon as land acquired 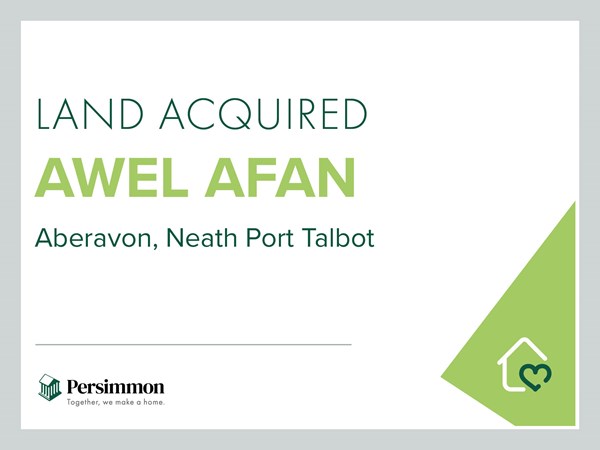 Work to build almost 140 houses on Aberavon seafront is set to start shortly.

We are breathing fresh life into the former Afan Lido Leisure Centre site by building 137-much needed new homes.

The development, which is being marketed as Awel Afan, has reached another significant milestone after we completed the acquisition of the site.

Planning permission has already been granted by Neath Port Talbot Council and work is set to start in the coming weeks.

Sharon Bouhali, Sales Director at West Wales, said: “We’re pleased to have completed the purchase of this land. The acquisition takes another step forward to starting work on this development."

“We have received enormous interest in this project, which is no surprise given its incredible location overlooking the seafront."

“We expect to release the first homes for sale in early summer and I’m sure they will prove extremely popular.”

Opened by the Queen in the 1970s, the Afan Lido was destroyed in a fire in 2009 and the site has been unused since.

The development will bring a massive boost to the local economy through the construction industry and its multiplier effect. According to figures from the House Builders Federation, for every £1 spent on housing, £3 goes back into the economy.

Each home built also creates 1.5 full-time direct jobs – and at least twice that number in the supply chain.

Awel Afan will be made up of two, three and four-bedroom houses, as well as a range of two-bedroom apartments.