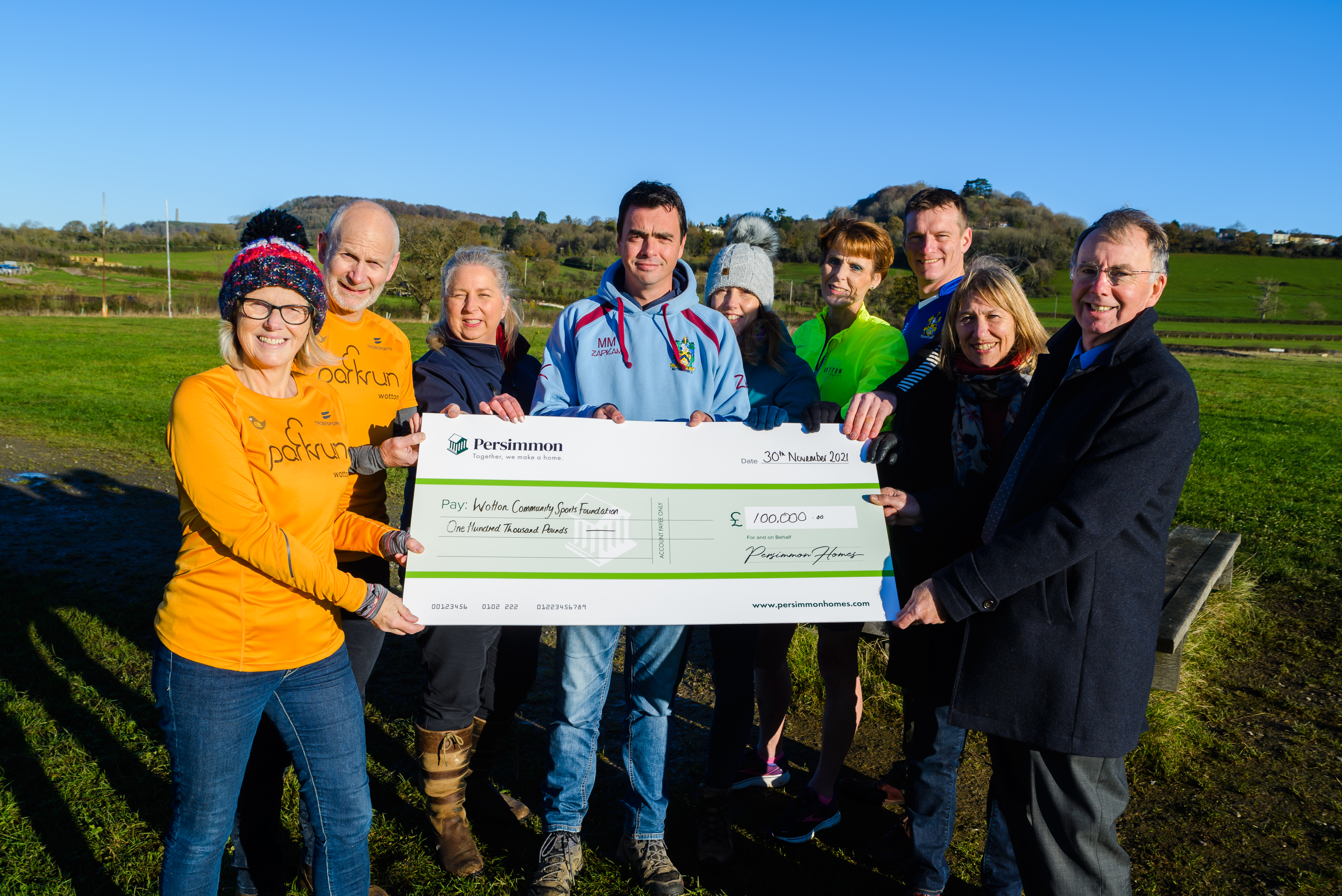 Wotton Community Sports Foundation is planning on building a new clubhouse for the whole community to use – after winning a smashing £100,000 in our Building Futures competition.

The Wotton-under-Edge group was one of our three big winners in the hugely successful charity competition supporting under-18s across the nation.

The group provides sports, recreational and leisure facilities for the people of Wotton-under-Edge and the surrounding area, including thousands of young people.

“We are fundraising to build a clubhouse on-site as we currently only have two portable toilets and a gazebo. This will not only support existing and new sports clubs but will also become a focal point for the community groups which use the site.”

“Well done to everyone who voted for this great cause.”

Persimmon has handed out more than £1 million in cash prizes to organisations across England, Scotland and Wales as part of the campaign. The first, second and third prize winners in each category were decided by a public vote with around 200,000 votes cast.