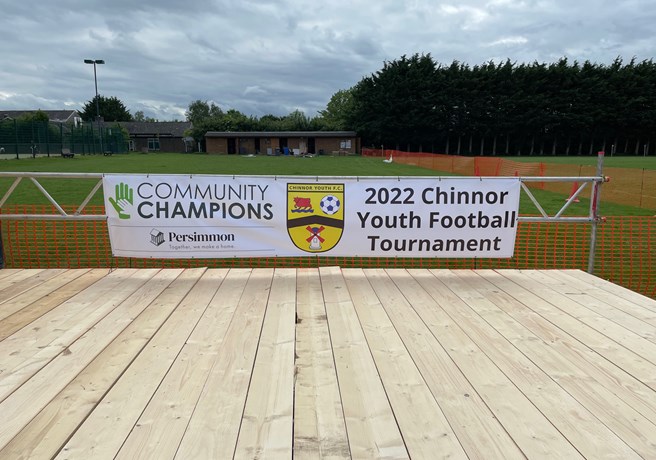 Back of the net success for Chinnor football tournaments

A summer festival of football tournaments organised by Chinnor Youth Football Club proved a huge success, raising valuable funds for the continued growth of the club.

The three days of 6-a-side tournaments hosted a total of 140 teams: with eight squad members in the mixed & boys’ teams and girls & ladies teams that’s 1,120 players across the three days, plus coaches and supporters.

North Scotland region contributed £1,000 to the event through its match funded Community Champions scheme that went towards paying referees and officials at the tournament.

“Persimmon’s donation contributed towards the referees for the games across eight pitches – absolutely key to create fairness and safety and the principles of the FA’s respect programme and we are so grateful to them.

“This year’s events were a huge success and it was simply brilliant to see so many players having fun and enjoying the game – especially after what the last couple of years has thrown up for us all.”

Chinnor Youth Football Club is a Charter Standard Community football club with teams from under 5’s to under 18’s, and with more than 300 players the club continues to improve and grow. 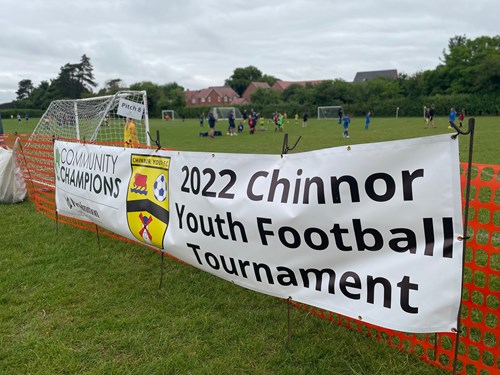 Mixed football is currently available to female players up to the age of 16 years – and is likely to see a huge surge in interest with the launch this week of the UEFA Women’s Euros which is being hosted by England.

In March 2021, a free session was held to gauge interest in girls’ football. In response 35 girls attended which has now grown to more than 90 across the under 7 to under 13 age groups.

Ben said: “Early sessions focused on helping girls get to know each other and nurturing a team spirit – particularly knowing that some may have wrestled with the lockdown restrictions around school and our social lives. Two established girls’ teams now play up a level, therefore the all-volunteer staff take time to support players with their resilience and how to have a positive mindset when things get tough – both on the pitch and off.

“The club has been a real support for many members of the Chinnor community – developing individuals’ physical fitness through the training and their mental fitness by being part of something of which they can be proud.” 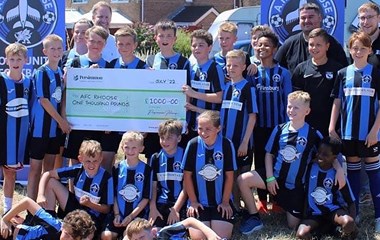 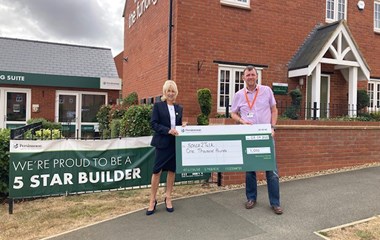